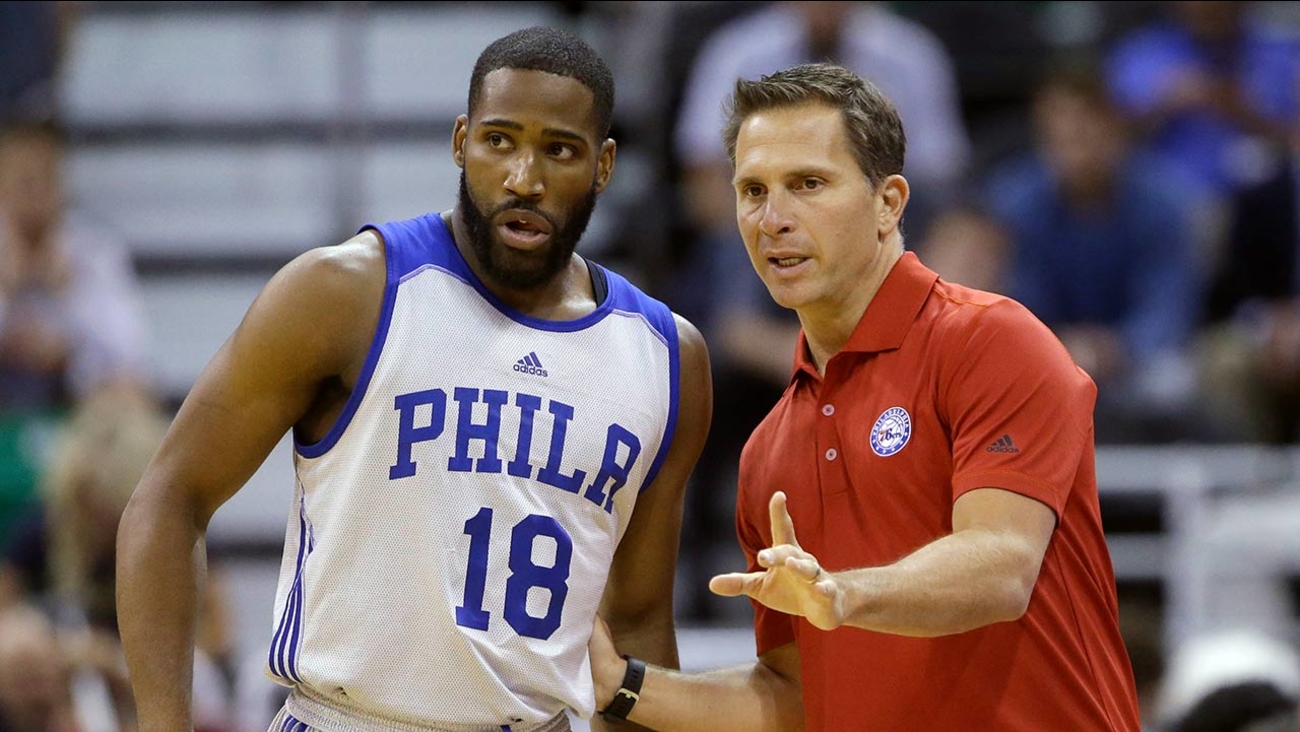 (1/3) Billy Lange, a coach with wide-ranging experience on the professional and collegiate levels, will be the next coach of the @ @SJUHawks_MBB. He will be formally introduced in a press conference next week. https://t.co/vAqdvrgtlC pic.twitter.com/sjCW86BgDR

"St. Joe's is legendary in collegiate and Philadelphia basketball," Lange said in a statement announcing his hiring. "As a basketball fan who grew up and played in South Jersey and spent much of my career in Philadelphia, this is an epic opportunity for me. I am honored and humbled to stand among the many greats who are associated with Hawk basketball, and I'm ready and eager to lead this storied program into its next era."

Lange has been with the 76ers since 2013, joining Brett Brown's staff after two seasons under Jay Wright at Villanova.

Lange also spent three seasons at Villanova from 2001 to 2004. Lange has head-coaching experience at Navy, where he spent seven seasons and went 92-115 overall.

He replaces Phil Martelli, who was fired by the Hawks earlier this month after 34 years with the program. Martelli was the head coach since 1995 and an assistant coach for the previous 10 seasons.

"With the support of University President Mark Reed, we undertook a thorough and expedient search for a head coach to lead our men's basketball program," athletic director Jill Bodensteiner said in the statement. "Our goal was to find a leader who would build on and add value to the rich history and tradition of our program.

"We felt it was very important to provide our student-athletes with a clear vision for the future as quickly as possible. Luckily, Billy Lange emerged from a very talented group of candidates as the right leader and coach for the job. He has learned from the best, is deeply rooted in the spirit of Philadelphia basketball, shares family connections on Hawk Hill, and has a proven track record of developing young men on and off the court."
Report a correction or typo
Related topics:
sportsphiladelphia 76ersst. joseph's university
Copyright © 2021 ESPN Internet Ventures. All rights reserved.
More Videos
From CNN Newsource affiliates
TOP STORIES