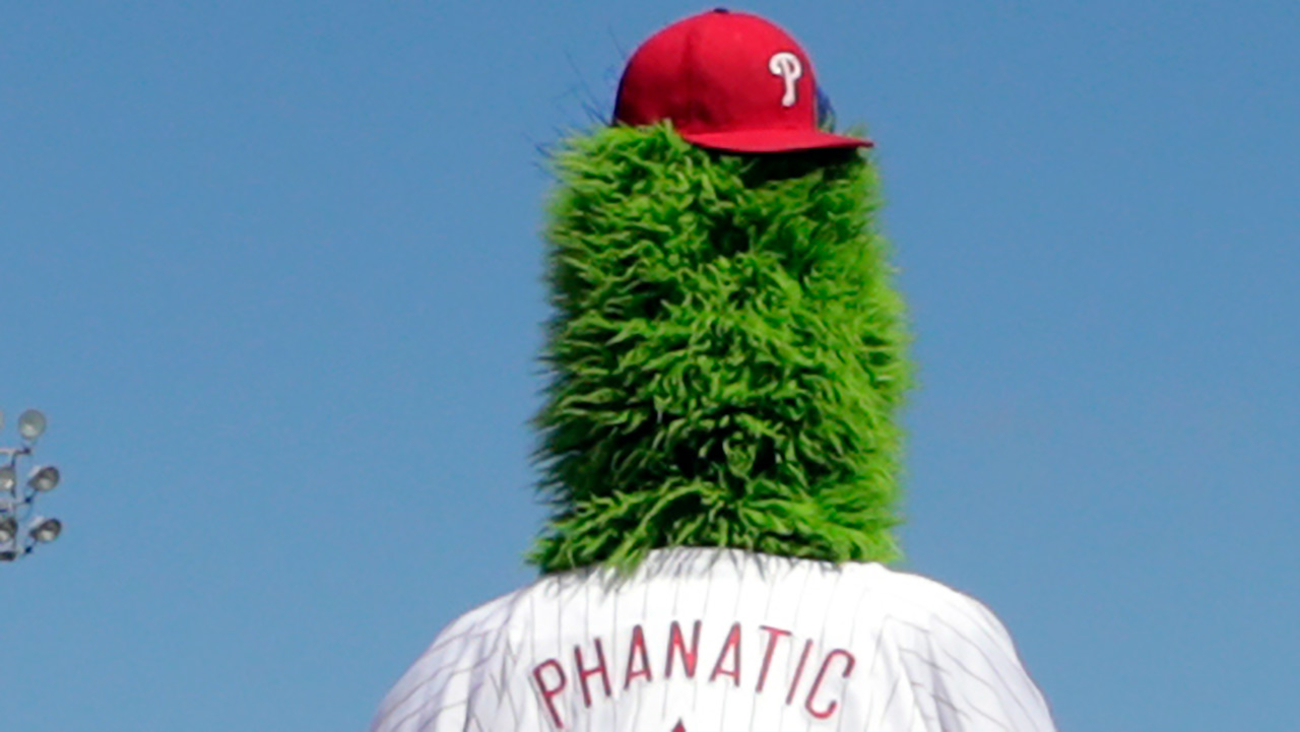 CLEARWATER, Florida (WPVI) -- He's 42 years old, a little out of shape and no spring chicken. But clearly there's no one more popular on the field for the Philadelphia Phillies than the Phanatic.

This is why all eyes at the ballpark were on the furry mascot Sunday for the big reveal: He's gotten a makeover this year amid a legal fight between the team and his creators.

The revamp unveiled before the Phillies played the Pittsburgh Pirates in their spring training home opener includes flightless feathers rather than fur-colored arms, stars outlining the eyes, a larger posterior and a powder blue tail, blue socks with red shoes, plus a set of scales under the arms.

Don't look for any change, though, in the Phanatic's prankster approach.

Tom Burgoyne, the man behind the mascot, tells The Philadelphia Inquirer that "he's still the same old Phanatic, just with a little more sashay in him." He noted that the mascot's fur color, jersey, hat, and overall look have "changed a little bit over the years."

Early reviews were mixed. Some eagle-eyed fans liked the old version more, others said the changes weren't that big of a deal.

The team and the mascot's creators have been sparring in court ahead of the June 15 expiration of a 35-year-old copyright agreement. Designers Bonnie Erickson and Wayde Harrison - who also created the famed Muppet Miss Piggy - say they alone made the Phanatic's character and backstory when they were contracted to create the costume in 1978.