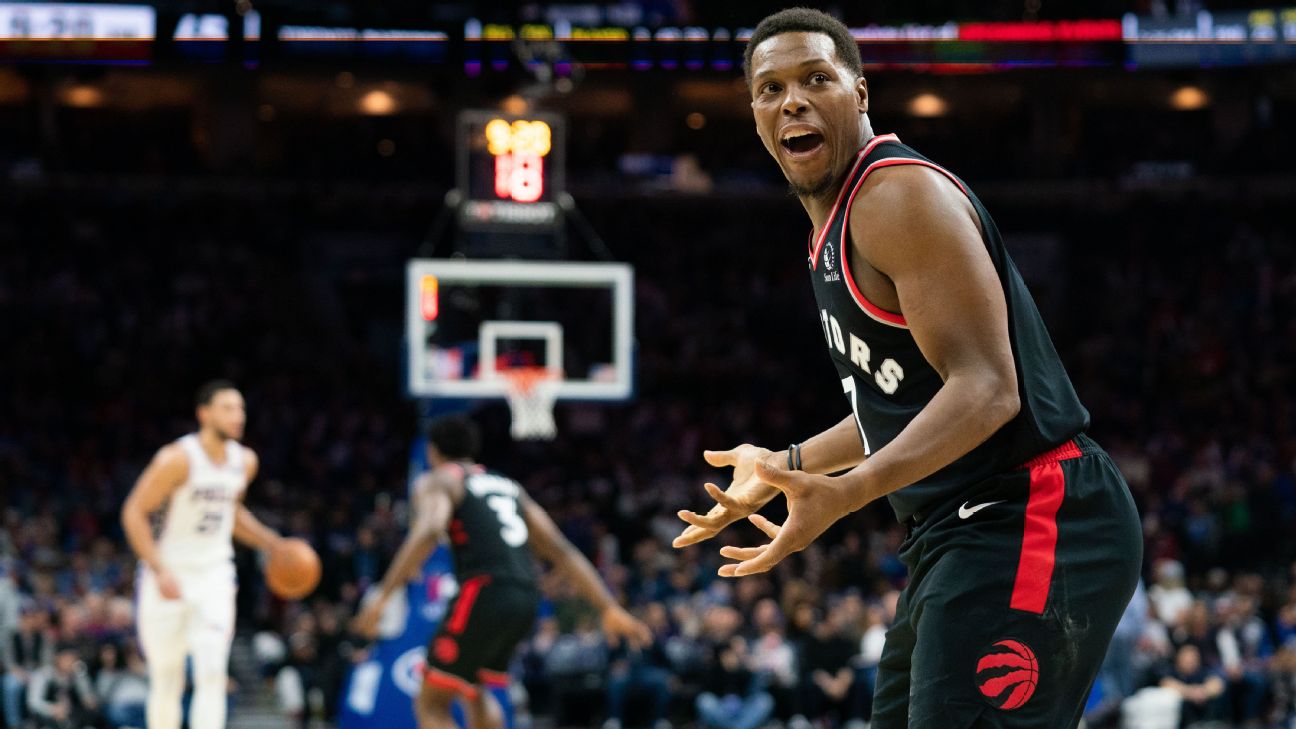 PHILADELPHIA -- When Kawhi Leonard chose to join the LA Clippers as a free agent this past summer, the expectation among many around the NBA was that the Toronto Raptors' time as contenders would go the way of the dinosaurs.

There was one fairly notable group, however, who took issue with that assessment: the Raptors themselves. And even after the Raptors lost their third consecutive game Sunday night, falling 110-104 to the Philadelphia 76ers, that belief still remains.

"I'm not sure what people estimated," Raptors guard Fred VanVleet said. "I think that I knew before the season we had a good group of guys, good talent, good coaches and are a good franchise.

"We're gonna be one of the better teams in the league. Obviously right now we're on a little losing streak, but it'll turn around. We'll keep growing and working throughout the season and try to give ourselves a chance in the playoffs to do some damage. We don't really worry about what other people estimate."

Belief, though, can get a team only so far. And for the Raptors, the losses over the past week to the Miami Heat and Houston Rockets, plus Sunday's loss to the Sixers, are a reminder that there still remains much to be learned about just how real so many of these teams atop the Eastern Conference really are after seven weeks.

For Toronto, the learning process is going to take place at the offensive end of the floor. Defensively, there are few issues. Even without Leonard and Danny Green, the core of the defensive unit that tore apart every team it played in the playoffs en route to the franchise's first NBA title remains. The starting lineup -- featuring VanVleet, Kyle Lowry, OG Anunoby, Pascal Siakam and Marc Gasol -- has premier defensive talent across the board.

Offensively, though, is where the Raptors will determine what Toronto's level ultimately is. And the past week was a reminder of why there are lingering questions about the Raptors' ability to score at such a level.

"The offense [before this week] maybe wasn't spectacular, but it was pretty composed, and pretty smart," Raptors coach Nick Nurse said. "It doesn't look as composed. The rhythm has changed a little bit, we have a couple different pieces in there, and we're just not quite executing at a high enough, fast enough level at that end, I think, and that's part of the rhythm that I'm talking about."

Working Kyle Lowry back into things

Some of that can be attributed, justifiably, to Lowry returning from an 11-game absence dueto a thumb injury and to backup center Serge Ibaka coming back after missing 10 games with a sprained ankle. But some of it also might be a case of the Raptors seeing some unsustainable shooting come back to earth.

"I think everyone is trying to figure out, with me coming back and Serge coming back, minutes are changing, situations are changing, but I also think guys are just missing shots," said Lowry, who had 26 points, six rebounds and five assists in 38 minutes Sunday. "Honestly, Freddie and Pascal played so many minutes and literally were holding everything down, so maybe they're fatigued, but they're pros, and they'll figure it out."

As Lowry pointed out, fatigue could be an issue as well. The Raptors (15-7) have been besieged by injuries this season, and Nurse has leaned heavily on the players he's had available to get Toronto off to the strong start that it has had, with both Siakam (seventh) and VanVleet (eighth) in the top 10 of total minutes played in the NBA this season.

But some of it is arguably teams beginning to focus on Siakam in a way his play has demanded they do. After winning the league's Most Improved Player award last season, Siakam has, through a quarter of the season, has made himself a contender for it again -- and a borderline MVP candidate, too, based on the results of ESPN's MVP straw poll, in which he finished fifth.

"Not making shots, not being aggressive enough," Siakam said. "I'm going to keep saying that. I have to shoot 30 shots before feeling like [I can back off]. That's the type of player I have to be.

"For me it's an adjustment period for me too, understanding that. I'm not saying I'm the best player on the team, I'm saying I have to make plays and I have to keep attacking. Sometimes -- just the type of person I am -- sometimes you just want to, 'OK, I'm not playing well, let me try to do other things.' But at the same time you have to do other things but understand you are that person, and you have make those plays. There is no one to look at to make those plays, and you have to take charge."

Toronto's place in a strong conference

While that certainly applies to Siakam, it does to the Raptors as a whole, too. This season remains a feeling-out process in Toronto, where the Raptors still need to figure out just where they sit among the teams atop the East.

That process isn't only happening north of the border, either. Beyond the Milwaukee Bucks -- who are the clear-cut best team in the East, if not the league, at the moment -- the other contenders all find themselves in some varying state of confusion. The Sixers, despite being 17-7 and undefeated at home (12-0) after Sunday's victory, are still sorting out their own offensive foibles. The Boston Celtics have been dealing with their own injuries -- Gordon Hayward could return Monday after missing the past month with a broken bone in his left hand -- while the Heat have gotten surprising contributions from across the board in Jimmy Butler's debut season on South Beach, and the Indiana Pacers keep winning games while awaiting Victor Oladipo's return from injury.

But the fact that other teams are dealing with similar issues doesn't make solving them any simpler. Siakam is still adjusting to being the team's leading man. VanVleet is a starter for the first time. Third-year small forward Anunoby played very well Sunday, scoring 19 points and getting 10 rebounds; he has bounced back nicely after a rough second season, but still is growing into the player the Raptors hope he can be. Center Gasol is taking far fewer shots than he ever has before -- and is only scoring 6.4 points per game, the first time in his career he's averaging less than 10.

Yet despite all of that, the Raptors remain a factor in the East. Their 15-7 record leaves them in fifth --- but just two games behind the second-place Celtics. Even after these three most recent losses, they remain fifth in net rating (plus-6.5 points per 100 possessions) and among the top 10 teams in the league in both offensive and defensive efficiency (10th and sixth, respectively) -- a mark of a championship contender. Only Milwaukee and Boston can say that among the other teams atop the East.

"Well, I think we've got a good couple months of free basketball last year and our team showed, from Marc to Serge to Kyle to Fred to Pascal, there's some special guys out there, and they have a pedigree of winning," Nurse said. "Pretty good chemistry. Play defense most nights, et cetera.

"So I think we just carried over with some really good players, and have done a good job."

Leonard makes his return to Toronto on Wednesday night, where he will be given his championship ring and deservedly feted by the fans in front of whom he led the Raptors to their first title, and the city's first in more than 25 years.

One bad week hasn't changed that. But only time will tell if it's a blip on the radar -- or a sign of things to come. 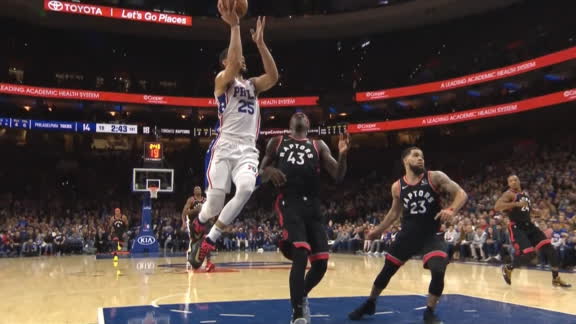