Trust The Process? 76ers hope so, have the No. 1 pick again 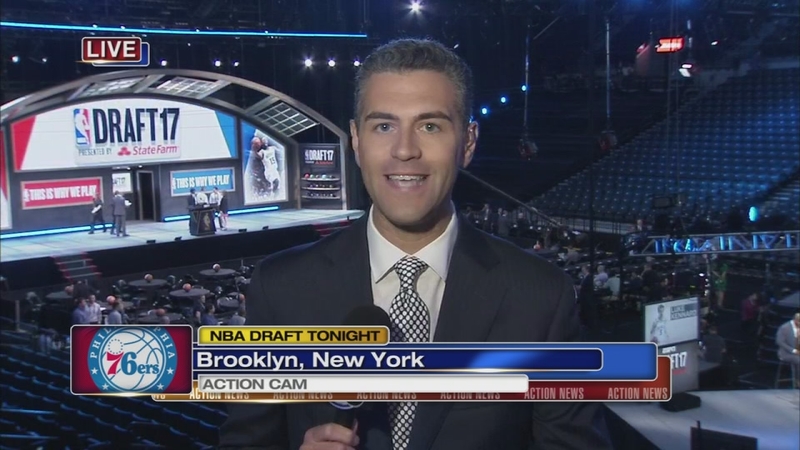 PHILADELPHIA -- If championship rings were awarded for No. 1 draft picks, Josh Harris' fingers might look like Tom Brady's.

The NBA and NHL team owner has two shots at one this weekend - first on Thursday night with the Philadelphia 76ers and then 24 hours later with the New Jersey Devils. Harris, the dual sport owner, and the 76ers already had the top pick in last year's draft. And this year's snag of No. 1 in a trade with Boston made them just the fourth team in NBA history to pick first in two straight drafts.

The Sixers have mastered the art of losing like few franchises in professional sports ever have over the last five years. Not even the Geno's vs. Pat's debate has split loyalties in Philly quite like the three words that have defined the organization since the implosion started: Trust The Process.

But suffering through the ilk of Alexy Sheved, Malcolm Thomas and Sonny Weems for the reward of Joel Embiid , Ben Simmons and that top pick Thursday night just might be worth it.

Barring a trade, the 76ers are expected to take Washington guard Markelle Fultz with the No. 1 pick. Sixers fans are frothing at the idea that Simmons and Fultz could become the next great backcourt combination, feeding a healthy Embiid and forming a playoff core next season.

Washington guard Markelle Fultz, who is out with a sore knee, has the ball passed to him before an NCAA college basketball game against Washington State in Pullman, Wash.

"We're still in the growth process," team president Bryan Colangelo said. "We like to call it a measured, organic pattern of growth."

Try slapping that slogan on a T-shirt.

For some fans in the Process clique, the No. 1 pick has already made The Process a success ; worthy of the initiative that started with former general manager Sam Hinkie clearing the cupboard of talent and fat contracts for 10-win seasons and top picks down the road.

With Embiid, Simmons and likely Fultz, the days of the 76ers serving as some sort of grandiose symbol of sacrifice are dead.

The trio isn't here to lose.

But there are no guarantees that anything will get better for the Sixers. Just ask the Minnesota Timberwolves and their 10 top-10 picks and no playoff appearances since 2004. Or try the Los Angeles Clippers who picked first, fourth, third and second from 1998-2001 and had just one first-round exit over that span until 2012.

Better yet, stay closer to the Liberty Bell. The 76ers took Evan Turner with the No. 2 overall pick in 2010 and expected to pair him with Jrue Holiday in the backcourt for a decade. Picks like Nerlens Noel and Jahlil Okafor (No. 3 in 2015) failed to make any kind of significant dent in the Sixers' rebuild.

Now Colangelo gets his second crack at No. 1, a year after taking Simmons out of LSU. Colangelo, though, picked Andrea Bargnani with the top pick in 2006 with Toronto.

But the question recently looming over the Sixers has been, will it work?

Simmons, who missed last season with a broken right foot, and Fultz both failed to lead their teams to the NCAA Tournament and the 23-year-old Embiid has played all of 31 games in three seasons.

Embiid, who showed flashes of becoming the top big man in a guard's game, must stay healthy for a full season as a start for the Sixers to win anything more than 30 games .

"That is something that has to be factored in with respect to your though process and planning," Colangelo said. "Joel is the complete package. He's a unique blend of talent, of entertainment, of social awareness. He's really a unique individual in many ways. It speaks to what the fans are most excited about."

Brett Brown - the coach of with the lifetime 75-253 (.229) record - might actually be on the hot seat with easily the best roster of his five seasons. Colangelo has admired the "no quit" attitude Brown instilled in his teams under trying circumstances.

"We see things through the same lens," Colangelo said. "We have to be all in on what the right and positive culture is. We agree on that. In order to make good and consistent player decisions, we need to be on the same page and all in on a style of play."

The Sixers believe Dario Saric and Robert Covington are both vital pieces toward their first playoff berth since 2012 and they hold four second-round picks (36, 39, 46, 50) that can be dangled to sweeten trades, add roster depth or used to draft-and-stash players overseas or in the developmental league.

"Whatever's happened here with this growing anticipation of what might be beyond the horizon, there's a tremendous amount of buzz and excitement in the market right now," Colangelo said. "It's great to see the fan base rewarded for some really tough times over the past several seasons."