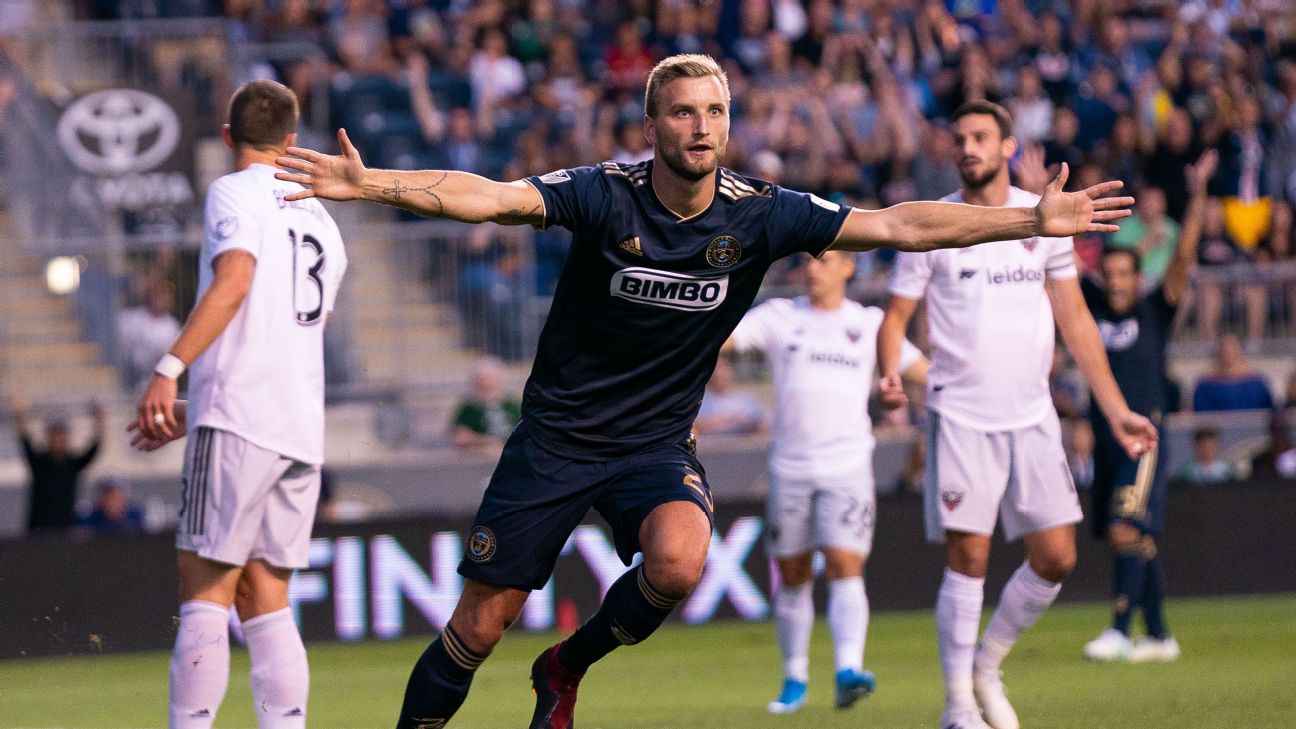 ESPN
By Reuters
Kacper Przybylko scored a goal and added two assists as the Philadelphia Union defeated visiting D.C. United 3-1 on Saturday night in an MLS match in Chester, Pa.

Brenden Aaronson and Ilsinho also scored for the Union (14-8-6, 48 points), who moved level with Atlanta United -- who won on Friday -- in points atop the Eastern Conference standings.

D.C. (10-10-9, 39 points) played without leading scorer Wayne Rooney, who was suspended for the match after receiving a red card for a forearm to an opponent's head in Wednesday's 2-1 defeat to the New York Red Bulls. United lost for the fifth time in their past seven matches (1-5-1) and have scored just five goals in that span.

It was the second time Philadelphia has routed D.C. this month. The Union won 5-1 in the nation's capital on Aug. 4.

Przybylko, who has a team-leading 12 goals, opened the scoring in the fifth minute. Aaronson and Kai Wagner played a nifty give-and-go down the left wing before Wagner sent a cross to the near post. Przybylko was able to get his left foot on the ball about 3 yards out and deflect it into the upper left corner of the net past D.C. goalkeeper Bill Hamid.

Aaronson made it 2-0 in the 16th minute, getting open to take a pass from Przybylko about 25 yards from the goal in the middle of the field. Aaronson dribbled the ball to the top of the 18-yard box before unleashing a left-footed shot into the lower left corner of the net.

Przybylko found Ilsinho at the top right corner of the 18-yard box for the third goal, in the 36th minute. Ilsinho dribbled past one defender and took a quick shot from about 10 yards just before a second defender reached him, putting the ball in the left side of the net for a 3-0 advantage.

D.C. got on the board in the 56th minute, thanks to Luciano Acosta. The midfielder outmuscled a defender for the ball about 25 yards from goal and zig-zagged past two others before trying to flick a pass to teammate Paul Arriola.

The ball bounced off defender Jack Elliott and right back to Acosta, whose one-timer from the top left of the 6-yard box found its way under Union goalkeeper Andre Blake. 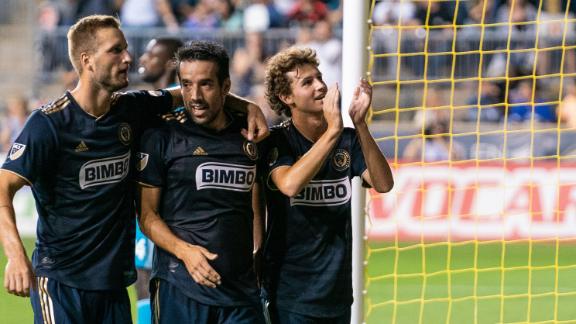