The court is allowing the administration to proceed with a vaccine mandate for most health care workers in the U.S.
WPVI
By Annie McCormick, Dann Cuellar 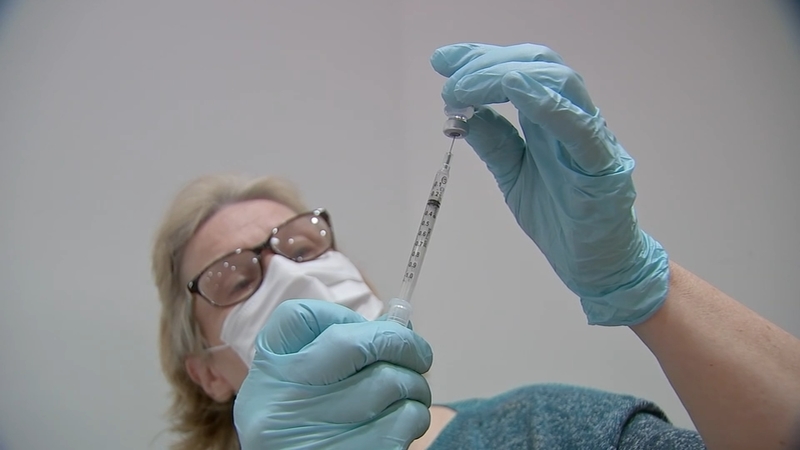 What SCOTUS decision on vaccine mandates means for you

PHILADELPHIA -- The Supreme Court has stopped a major push by the Biden administration to boost the nation's COVID-19 vaccination rate, a requirement that employees at large businesses get a vaccine or test regularly and wear a mask on the job.

At the same time, the court is allowing the administration to proceed with a vaccine mandate for most health care workers in the U.S. The court's orders Thursday came during a spike in coronavirus cases caused by the omicron variant.

The court's conservative majority concluded the administration overstepped its authority by seeking to impose the Occupational Safety and Health Administration's vaccine-or-test rule on U.S. businesses with at least 100 employees. More than 80 million people would have been affected and OSHA had estimated that the rule would save 6,500 lives and prevent 250,000 hospitalizations over six months.

"Employers still have the ability to require employees to be vaccinated," said Juliano.

Employees must refer to what their company policy includes.

"Employers who were maybe relying on the fact that the federal government was making them do it, they don't have that anymore as an excuse. If you're an employee at a business that was saying, 'it's not us, it's the federal government, they're making us do this' -- that's not in effect anymore," said Juliano.

The vaccine mandate that the court will allow to be enforced nationwide scraped by on a 5-4 vote, with Chief Justice John Roberts and Justice Brett Kavanaugh joining the liberals to form a majority.

The mandate covers virtually all health care workers in the country, applying to providers that receive federal Medicare or Medicaid funding. It affects 10.4 million workers at 76,000 health care facilities as well as home health care providers. The rule has medical and religious exemptions.

President Biden said that decision by the court "will save lives."

"The new CDC guidelines are not protecting frontline health care workers that come to work every day. They're forcing us to come back after five days regardless of if we're asymptomatic, regardless of how we're feeling. We believe this is the reason why staffing has become more critical," said Aviles.

Mary Adamson, the president of the Temple University's Nurses Association, added, "This is already a crisis. Staffing levels have become so severe, we're really struggling every single day."

Some business groups like the New Jersey Business and Industry Association were praising the ruling.

"We are glad to hear that from the Supreme Court because we felt that it was an overreach for sure," said Michele Sikerka, president of the association.

She says the mandate would have placed a tremendous burden on New Jersey businesses.

"Right now, we have an unprecedented hiring and retention crisis going on here in the state of New Jersey," said Sikerka.

"We are still the third-highest unemployment rate in the nation. This would have made it even more difficult for our employers to keep and retain and recruit employees," she added.

According to 6abc's Data Journalism Team, since January 10, the tri-state area has seen the highest number of hospitalizations of COVID-19 patients ever. That does also include people admitted for other reasons who then tested positive for COVID-19.

Biden said he was "disappointed that the Supreme Court has chosen to block common-sense life-saving requirements for employees at large businesses that were grounded squarely in both science and the law."

Biden called on businesses to institute their own vaccination requirements, noting that a third of Fortune 100 companies already have done so.