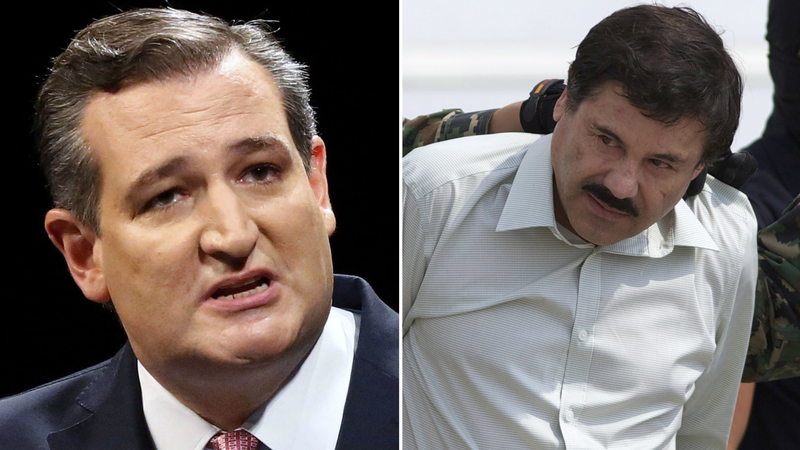 WASHINGTON D.C. (WPVI) -- Congress may have reached a new agreement to prevent a government shutdown, but that didn't include all of the funding for President Donald Trump's border wall.
KTRK-TV reports, Sen. Ted Cruz has proposed a new way to make up for the lost funding: infamous Mexican drug lord Joaquin "El Chapo" Guzman.

Federal prosecutors plan to seek a forfeiture judgment for the property Guzman gained from drug trafficking. The value of that property is believed to be as high as $14 billion.

America’s justice system prevailed today in convicting Joaquín Guzmán Loera, aka El Chapo, on all 10 counts. U.S. prosecutors are seeking $14 billion in drug profits & other assets from El Chapo which should go towards funding our wall to #SecureTheBorder. https://t.co/hPwEUVM6SP

Cruz proposes that money should go directly to funding the border wall. He introduced the Ensuring Lawful Collection of Hidden Assets to Provide Order Act that would reserve any "illegally obtained profits resulting from any criminal drug trafficking enterprise led by Joaquin Archivaldo Guzman Loera" for border security measures, which could include a wall.
Critics of the bill cite that Guzman built his reputation by constructing tunnels across the Mexico-U.S. border. He used the tunnels to transport marijuana and cocaine so fast that he was "no longer El Chapo, the short one." Instead, he became known as "the speedy one." Before his tunnels, it had taken weeks to move drugs across the border to the U.S.