Mary McCormack, Michael Cudlitz go back to the '70s for new comedy 'The Kids are Alright' 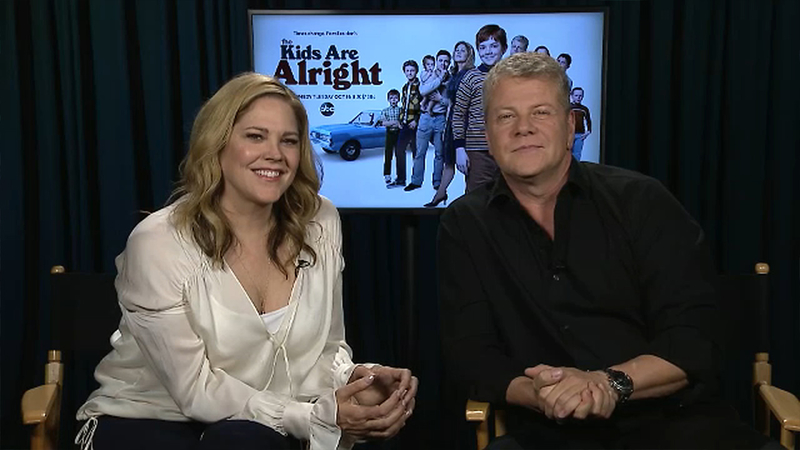 Mary McCormack, Michael Cudlitz go back to the 70s for 'The Kids are Alright'

NEW YORK -- Eight kids and an Irish-Catholic family living in the 1970s is a recipe for comedy and heartwarming fun in ABC's newest sitcom The Kids are Alright.

The series was inspired by executive producer Tim Doyle's childhood.

Mary McCormack (Peggy Cleary) and Michael Cudlitz (Mike Cleary) are the parents of the brood which ranges in age from a baby all the way up to 20 years old.

They say it is a blast from the past when they are checking out the set and wardrobe.

While Peggy is a tough as a mom, she loves her kids.

Cudlitz says Mike can afford to be a little more outwardly affectionate, "I get to leave every day to go to work."

Don't miss the premiere of "The Kids are Alright" tonight at 8:30/7:30c on The ABC Television Network, streaming and on demand.