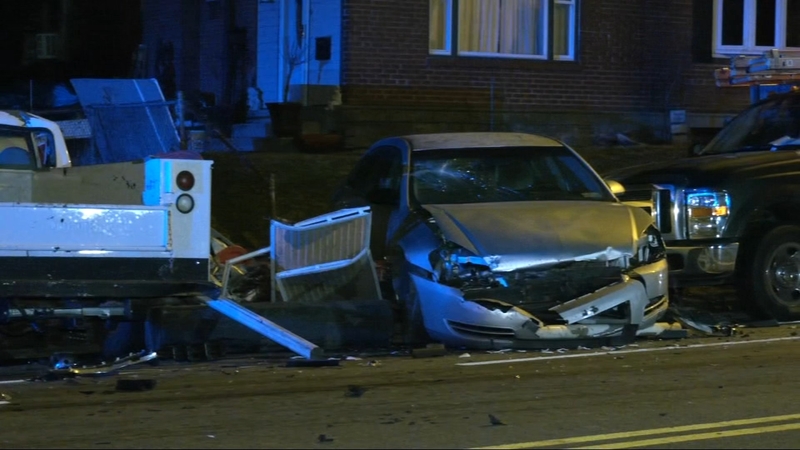 PHILADELPHIA (WPVI) -- Philadelphia police said one person was injured and several cars were damaged when the driver of a stolen tow truck crashed into a van and then several parked cars on a Tacony street late Sunday.

The driver first smashed into a van and then lost control, crashing into four parked cars, sending one vehicle up onto the front lawn of a house.

Police said the driver continued to drive the tow truck for another block following the crash, before abandoning it in the roadway and running from the scene

The driver of the van was taken to the hospital in stable condition.