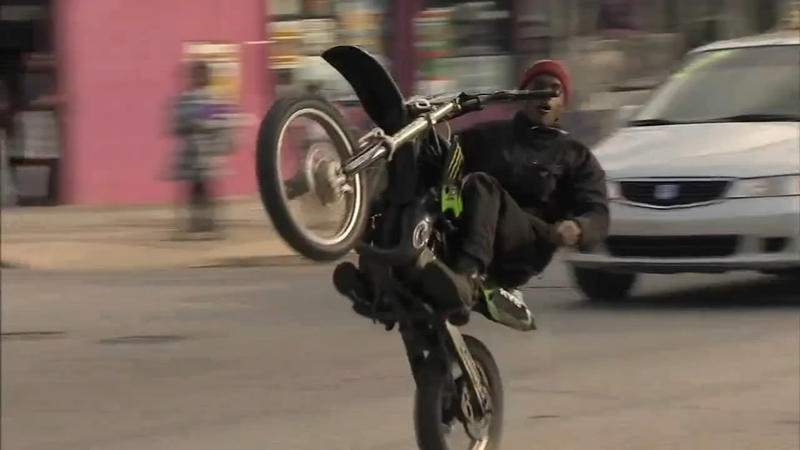 There was peace and quiet until some dirt bikes went whizzing by.

Neighbors say dirt bikes and ATVs in and around the park are out of control.

Though with the extreme heat on Wednesday we didn't see too many.

Those who live here say its consistently routine.

Sam Shepard is a local committee person for the Third Ward.

"My God. It's going take maybe someone getting seriously hurt or for one of those young men to hurt somebody's kid or dog or whatever and then maybe we'll pay attention," Shepard says.

He says whether it's along the parkway or in the park, sure enough you'll eventually find yourself dodging riders.

Tahtiana Williams says she has literally had to save her daughter from being hit.

"I physically had to pick her up and jerk her to the side because they're speeding down," Williams says.

Darlene Collins lives near the Parkway off Washington Street, she too says the same thing.

"They do a lot of damage to the grass. They chew it up," Hall says.

He and others think it's unfair for those who live around here to deal with this seemingly every summer night.

"It's ridiculous about how they do their thing without any regard to anyone else," says Hall.

We asked neighbors what they think could be done around here.

Shepard says he think it could be an easy fix, "You can run down at the Art Museum without any interruption of the ATV or motorcycle. It's not fair if you have police vigilance there and not here."

Neighbors are being urged to call police whenever they see ATVs and dirt bikes around the park.