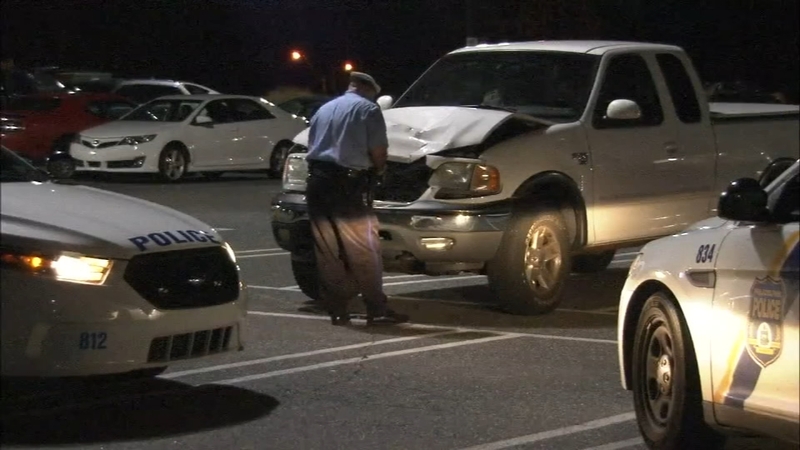 NORTHEAST PHILADELPHIA (WPVI) -- The man believed to be the driver who struck and killed a woman as she waited for a bus in Northeast Philadelphia, then fled the scene, has been arrested.

The crash happened shortly before 4 p.m. Sunday in the 10900 block of Academy Road.

According to police, the woman was hit by a white Ford F-150 pickup truck. The victim was rushed to the hospital where she was pronounced dead a short time later.

The driver then took off and was last seen heading south on Academy Road. Police found a white Ford F-150 with heavy front-end damage in a nearby strip mall parking lot.

A short time later, the suspected driver was arrested on his neighborhood block on Draper Street.

Man believed to be behind deadly hit and run, arrested on his neighborhood block on Draper Street. @6abc pic.twitter.com/Qt67rDti8L

Residents say that section of Academy is no stranger to crashes.

"If someone was to step a little bit outside to see if the bus was coming, a little bit onto the road, somebody at a high rate of speed wouldn't be able to make a sudden stop," said Victor Bebb.

It's not clear if drugs or alcohol were factors in this crash.