Uber faces new roadblock in New York on its way to IPO.

NEW YORK -- Uber will have to navigate around a new regulatory pothole in New York on an already bumpy road to its initial public offering of stock next year.

New York City is imposing a one-year moratorium on ride-hailing licenses in Uber's largest U.S. market, raising the specter that other cities may adopt similar crackdowns as they try to ease traffic congestion.

If that were to happen, it would be more difficult for Uber to boost its revenue and reverse its history of uninterrupted losses. That, in turn, would affect the price that investors are willing to pay for Uber's stock in the IPO that the San Francisco company plans to make next year.

"This can be viewed as a negative outcome for ride-hailing companies," said Rohit Kulkarni, managing director of SharesPost, a firm that tracks privately held companies such as Uber.

The attempt to rein in ride-hailing companies in New York is the latest challenge to confront Uber during nearly two years of turmoil.

Among other things, Uber has been rocked by revelations of a culture poisoned by a pattern of sexual harassment and other abuses that included a yearlong cover-up of a major computer break-in and the use of duplicitous software to thwart government regulators . Uber brought in a new CEO, Dara Khosrowshahi, nearly a year ago to clean things up.

Investors who have poured money into Uber leading up to the IPO have valued it at $62 billion. That lofty assessment reflects how dramatically the 9-year-old company has transformed the way people get around since it introduced the concept of using a smartphone app to summon a driver using their own car to pick them up.

Millions of people around the world now drive and ride through Uber's apps, growth that was spurred in large part because the company hasn't had to deal with the same strict regulations and government bureaucracy as taxi cabs.

But that has been changing in recent years as more cities around the world try to balance the popularity of ride-hailing services with traffic management, safety concerns and demands to protect the long-regulated taxi industry.

Last year, London kicked Uber out of its city, but that ban was lifted earlier this year by a magistrate. Even so, Uber was only given a 15-month permit to operate instead of the five-year license it wanted.

"Essentially, we are seeing more regulation of a platform that hadn't been in its early years," said Gartner analyst Mike Ramsey. "And I think people who have been investing in the platform are coming to that realization."

For its part, Uber is trying to make a case that New York City is heading in the wrong direction by curtailing the growth of ride-hailing services to control traffic. It believes charging more for rides during times of bad congestion is a better solution, something it says it intends to do in New York.

New York's moratorium on new ride-hailing licenses could give Uber and its rival, Lyft, more leverage to raise their prices if the restrictions cause demand to outstrip the supply of cars available to pick up riders, Kulkarni said.

Other high-profile companies have thrived while dealing with regulatory challenges and uncertainty. Most notably, e-commerce leader Amazon.com was locked in a long-running battle over when and where it should collect sales taxes on online purchases for more than a decade before the U.S. Supreme Court finally resolved the issue i n June.

Amazon is now valued at $925 billion, second only to Apple. 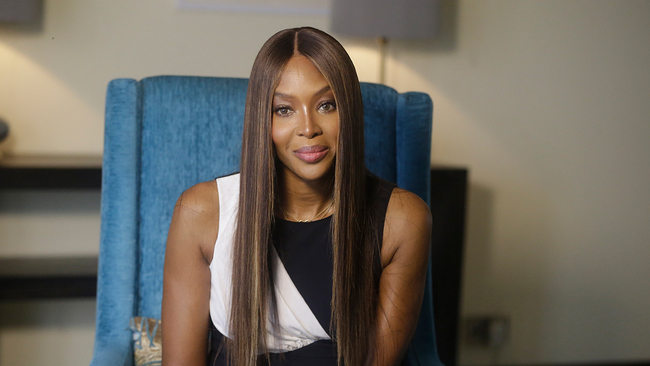 Naomi Campbell says she is mother to a baby girl