Churches in the Diocese of Trenton reopen for private prayer Wednesday 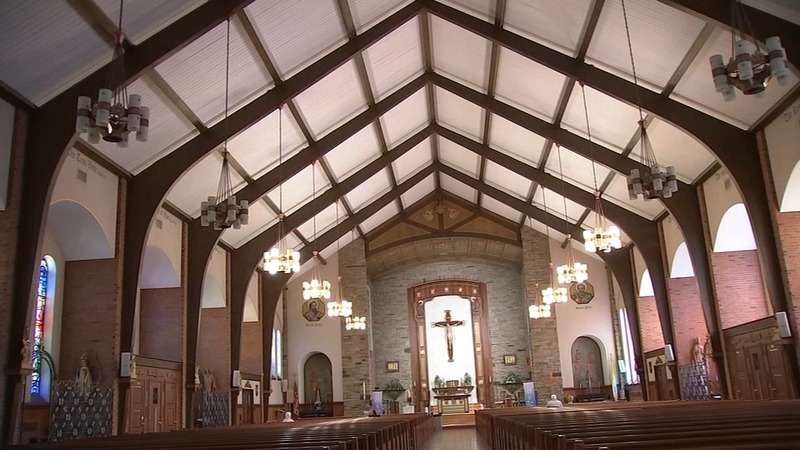 RIVERTON, New Jersey (WPVI) -- Churches in Trenton have been given permission to reopen Wednesday for private prayer.

The Diocese of Trenton says churchgoers must wear a mask and follow social distancing protocols while inside the building.

At Sacred Heart Church in Riverton, parishioners are glad to be back even with the restrictions in place.

"It was like an answer to prayer. We've been praying for this to happen," said Terry Novak of Merchantville.

"It's what I look forward to," she said.

Novak says it's been difficult not being able to attend over the past two months.

The church is among the first in the Diocese of Trenton to reopen under guidance of the Bishop, but only for private prayer.

"The timing was good. It's the Feast of Our Lady of Fatima. Every 13th of the month of May in October she appeared to children in Portugal in Fatima," said parishoner Tom Ehrhardt.

Ehrhardt and his two sons reflected on that during prayer Wednesday..

"It was really nice to be in the church again because. I've been missing it and we've been having to do mass at home," said Eamon Ehrhardt.

They say there's nothing like getting to be back inside the sanctuary.

"Father kept some inside doors open so we could see the alter but the feeling today of being inside was wonderful," said Tom Ehrhardt.

Karen Howard says she was baptized here as a child and hoped the doors would've been opened sooner.

"It was just so heartwarming to open the door and go in and just be in there in front of the altar," said Howard. "I don't understand how we can to other stores and other places and not be in a quite beautiful church alone. It just doesn't make any sense. We're all going to be smart about it."