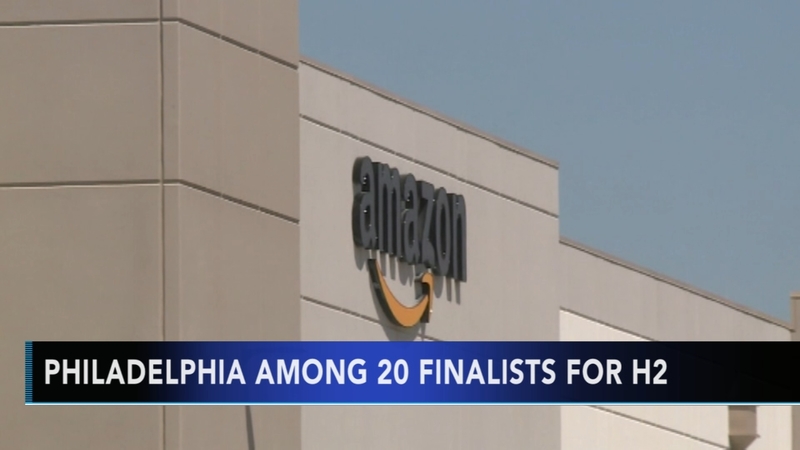 NEW YORK (WPVI) -- Amazon has announced 20 finalists under consideration to host its second headquarters in North America, and Philadelphia is among them.

Other finalists in the northeastern U.S. include Boston, New York City, Newark NJ, and Pittsburgh.

The online retailer said Thursday that it narrowed its choices to 20 locations from the 238 proposals it received.

Amazon kicked off its hunt for a place to build a second headquarters in September, sparking a fierce competition among cities across North America looking to lure Amazon and its promise of 50,000 new jobs and construction spending of more than $5 billion.

The company plans to remain in its sprawling Seattle headquarters and the second home base will be "a full equal" to it, founder and CEO Jeff Bezos had said.

In October Philadelphia officials made a big push to convince Amazon to base its new headquarters in the city. 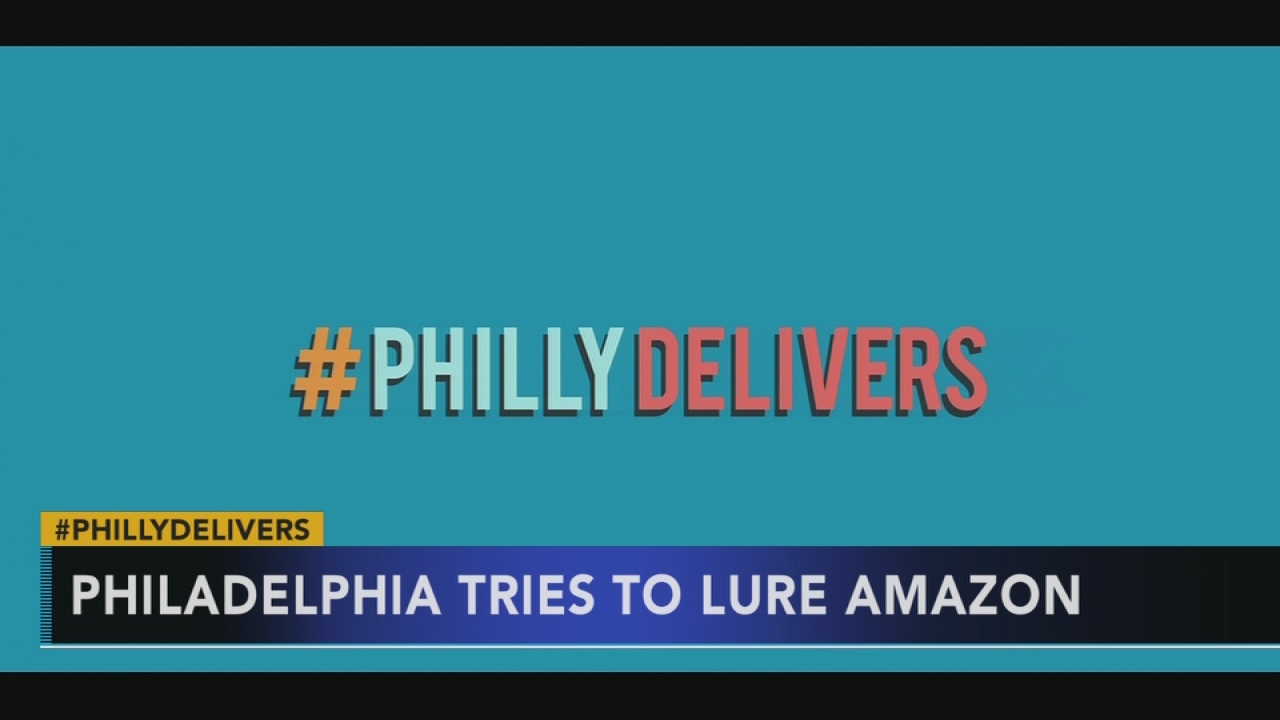 Philadelphia looks to lure Amazon
Philadelphia is making the final push to try and convince Amazon to build its second headquarters in the city.

"Philadelphia's inclusion in Amazon's Top 20 potential locations for HQ2 is an exciting milestone for the city. We are thrilled at today's announcement, and look forward to working with Amazon's team on the next steps of this process to further highlight all that Philadelphia has to offer."

A lot to celebrate right now! Proud Philly made it to the next round of @amazon bid. It's thanks to the broad coalition of people who came together to support — plus Philadelphia offering the perfect location & best place to live! https://t.co/BZVEZwo7UM #PhillyDelivers pic.twitter.com/T6N32OfcJH

The finalists are concentrated along the East Coast and in the Midwest. The potential locations include Boston, Chicago, New York and Columbus, Ohio. Los Angeles was the only West Coast city on the list. Both Texas and Pennsylvania had two cities that made the cut: Austin, Dallas, Philadelphia and Pittsburgh. In the South, Miami and Atlanta are being considered. And Toronto was the only city outside the U.S.

Amazon had stipulated in September that it was seeking to be near a metropolitan area with more than a million people; be able to attract top technical talent; be within 45 minutes of an international airport; have direct access to mass transit; and be able to expand that headquarters to as much as 8 million square feet in the next decade. But Amazon also made clear in that it wanted tax breaks, grants and any other incentives.

The extra space will help the rapidly-growing company, which It had nearly 542,000 employees at the end of September, a 77 percent jump from the year before. Some of that growth came from Amazon's nearly $14 billion acquisition last year of natural foods grocer Whole Foods and its 89,000 employees.

Amazon.com Inc. said it will make a final selection sometime this year.

Here is complete list of finalists released on Thursday: