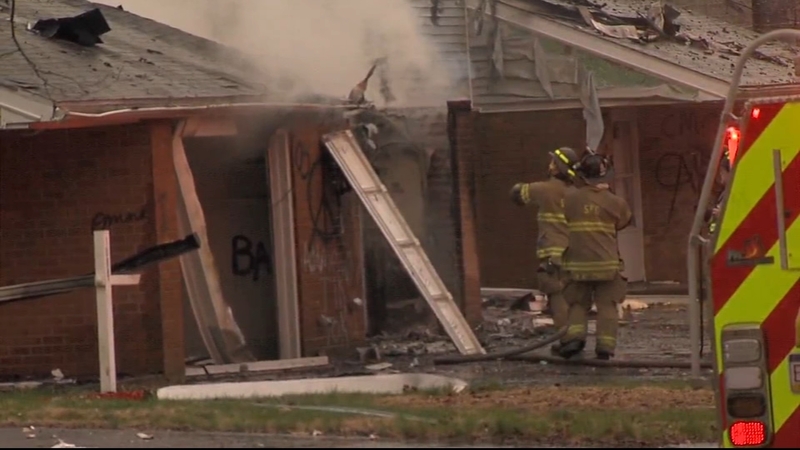 The fire started just after 6 a.m. Sunday on the 1200 block of Orion Drive.

Action News is told the three two-story homes used to house pilots back when the base was in operation.

A lack of hydrants nearby hampered efforts to put out the fire, officials said.

According to authorities, fires have damaged the homes in previous years. They blame those fires on squatters.

A cause of Sunday's blaze is under investigation.