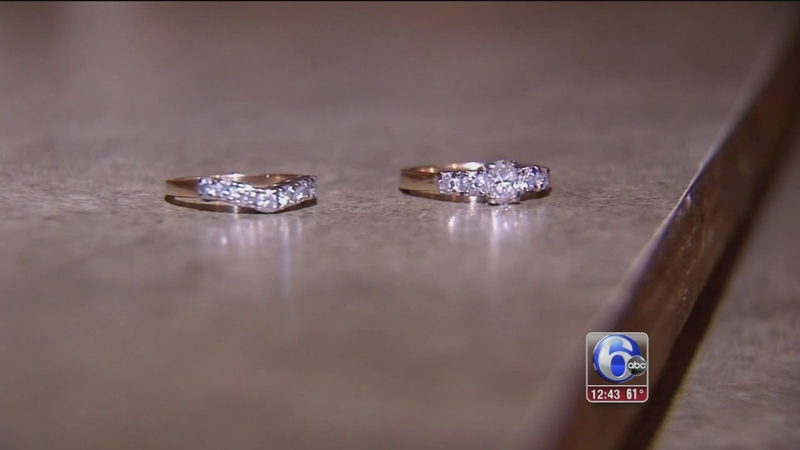 NORTH BABYLON, Long Island (WPVI) -- A woman on Long Island, New York went to great lengths to get her wedding rings back after she accidentally tossed them in the trash.

The Town of Babylon's recycling center isn't the kind of place where you'd expect dreams to come true, but Ed Wiggins and his crew went way above and beyond.

"It's a great ending, but we assist people all the time, that's our job," Wiggins said.

It started in Colleen Dyckman's kitchen. After cooking meals for the week Sunday night, she shoveled all her trash into the bin before bed.

It wasn't until the next morning that she realized her wedding rings were in there too, and the garbage truck had just passed by.

"I started saying to my husband, 'On my God, Oh my God,'" Dyckman said.
So, she did what anyone would do, chased the truck and got their attention.

"I think the driver was a little hesitant, and as soon as I started to tell him I started to cry," Dyckman said.

"She came and told us she lost her ring," said Kim Weathers, Babylon Environmental Control.

Back at the recycling center, they kicked into action.

"We dumped it in a special area that we keep aside for things like this," Wiggins said.

"Start picking through big amounts of garbage and we searched," Weathers said.

"And they started to dump it and I'm thinking, Oh my God, I'm not going to find it," Dyckman said.

"She was kind of giving up hope and saying she didn't want to continue looking for it," Wiggins said.

"Her husband, he opened the bag and started going through all his garbage, and as he looked through it, I doubled checked it. And As I was double checking it I opened it, voila, the ring," Weathers said.

And so after four hours of picking though rotting scraps of meat and milk cartons and diapers and who knows what else, Colleen now has her rings back. And more important, a set of lifelong friends.