What is the 'alt-right'? Definitions of terms in extremist language 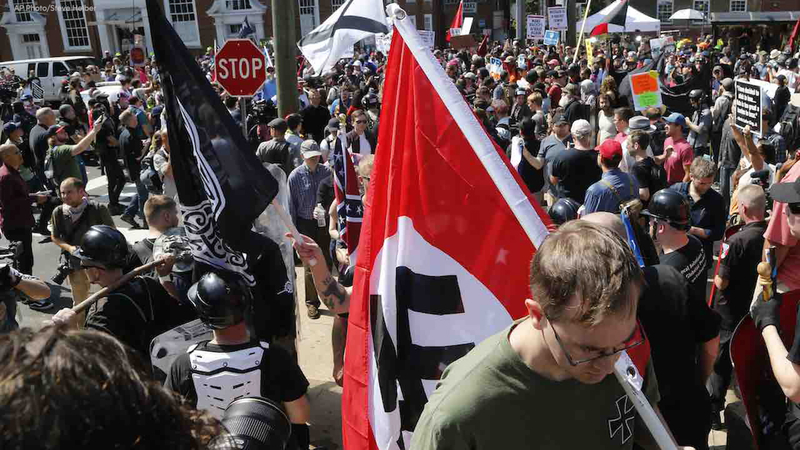 What is the 'alt-right'? Definitions of extremist language

What is the "alt-right"? For months, the term and others like "alt-left" and "antifa" have popped in and out of news stories, social media posts the mouths of world leaders.

The Associated Press published a blog detailing its position regarding the use of "alt-right" and these terms below.

The so-called "alt-right," according to The Associated Press, is a term that can apply to a person or group endorsing the political stance "currently embraced by some white supremacists and white nationalists." That stance is more or less about protecting the white race, but there are some differences between white supremacy and white nationalism. The AP defines the term as:

This term hit the headlines after Trump said the "alt-left" must share blame for the violence in Charlottesville. The AP defines it as a "term that some use to describe far-left factions." Seen in some mainstream media reports prior to the president's statement, it seems to point to left-wing protesters - for example, the Black Bloc, which is the name given to groups of protesters associated with anarchism.

Short for "anti-fascist," The AP describes it as "an umbrella description for the far-left-leaning militant groups that resist neo-Nazis and white supremacists at demonstrations and other events." According to the New Jersey State Office of Homeland Security, "antifa" are a subset of the anarchist movement focusing on "issues relating to racism, sexism and anti-Semitism as well as other perceived injustices." People associated with the "antifa" have become violent; when Milo Yiannopoulos was scheduled to speak at UC Berkeley in April, he was met with crowds of protesters, including members of the "antifa."