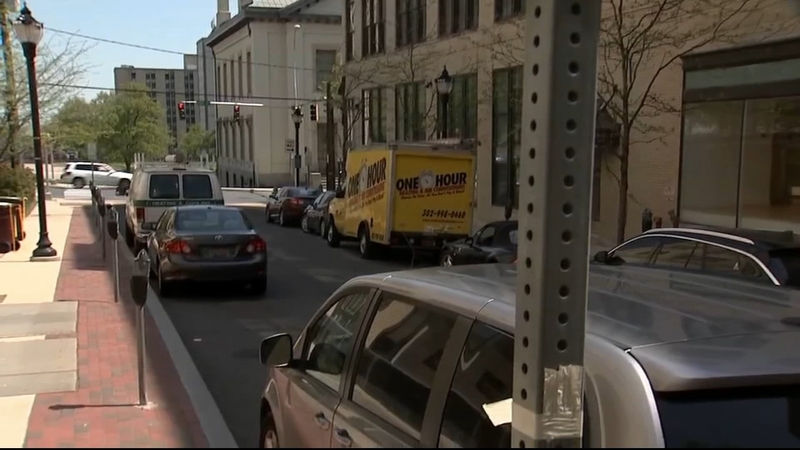 WILMINGTON, Delaware (WPVI) -- The City of Wilmington says it is reviewing information about the city's handling of parking enforcement and towing after the Wilmington Parking Coalition sent a letter to the mayor and members of the city council expressing concerns.

Among the many issues presented is data that shows towing seems to have continued as normal during the pandemic, despite the city halting most towing more than a year ago.

"To be clear on towing, we suspended towing for delinquent parking citations last March due to the pandemic and that remains suspended. However, towing is still in force for blocked hydrants, intersections, driveways, loading zones and police are still towing for accidents, police investigations, etc.," he said.

Rago said the city will review the information to make sure it has been interpreted correctly.

"Once we complete that process (various City offices handle different parts of the information), we'll determine what we can or should say," he said.

City Towing Services has been contracted with Wilmington since 2019 and denies any wrongdoing. Employees say they only tow with the city's permission.

"We don't go out and just pick and choose cars, we cannot, per our contract. We tow cars that we have their tow slip and their authorization to tow only," said Kevin Bruner with City Towing Services.

This week, some in the community voiced their frustrations in a Zoom briefing.

"I got three tickets back to back. November 4, 5 and 6, all for parking in front of my home. At this point, I was a little upset," said Erin Markham of Wilmington.

"We are getting more tickets now in 2021 than we did in 2020 and years prior. I have no clue why," said Steve Villanueva with The Latin American Community Center.

The parking coalition is made up of several groups, including the Institute for Justice, which is now looking into the complaints against the city.

"It has outsourced the enforcement of ticketing, booting and other parking enforcement to private entities that have a financial incentive to bring in as much revenue as possible and that is deeply concerning," said Robert Johnson with the Institute for Justice.

In response to the city's statement, the Wilmington Parking Coalition says, "We understand that individuals and groups have been asking the City about these issues for a long time, so we are glad to have the City's attention. All the data that we have cited was provided by City employees in response to a freedom of information requests. We look forward to the City reviewing its data and talking with us about these issues, which are affecting thousands of people who live, work, and visit the city."
Report a correction or typo
Related topics:
travelwilmingtonticketsparkingdelaware news
Copyright © 2021 WPVI-TV. All Rights Reserved.
TOP STORIES
2 shot after altercation in Wawa parking lot; suspects wanted
Philadelphia surges past 400 homicides for year
Phils' 5-game win streak ended by Pirates; Atlanta on deck
Gabby Petito honored at memorial service on her native Long Island
Girl, 15, killed in Trenton shooting; 3 others wounded
Samuel Adams' new beer is so strong it's illegal in 15 states
4 teens charged for plotting attack on Columbine 25th anniversary
Show More
Phillies vendor celebrates 50 years at ballparks
Police locate missing mother and her 4 children
Officials investigate after Amtrak crash involving train from Chicago
Police: Triple shooting leaves teen girl dead in Trenton, NJ
Ben Simmons says he's done with the Sixers. What will the team do now?
More TOP STORIES News