Woman critical after being stabbed in Mt. Holly, New Jersey 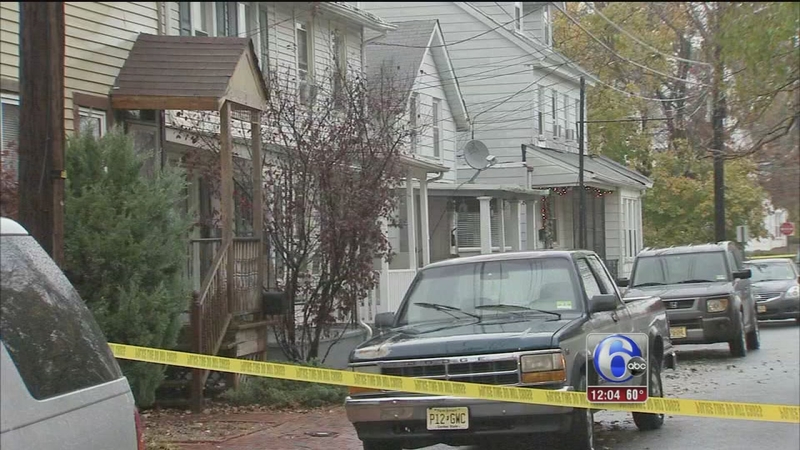 MT. HOLLY, N.J. (WPVI) -- A woman is hospitalized in critical condition after being stabbed in Mt. Holly, Burlington County.

It happened before 12 a.m. Tuesday at a home in the unit block of West Monroe Street.

Mt. Holly Police officers arrived to find the 37-year-old victim inside the home. She had been stabbed multiple times.

The Burlington County Prosecutor's Office said the incident appears to have been a case of domestic violence, and they have identified a possible suspect.

The names of neither the victim nor the suspect have been released.

Neighbors told Action News the woman and suspect used to be together, but the she kicked him out a couple months ago.

One friend said he's been back several times, and late Monday night it got violent.

"I heard the screams, I heard everything," said Josephine Haas. "I heard, 'Help! Help! Help!'"

Haas had been sitting on her back porch when the incident happened.

She said she saw the suspect come through the yard and break into her neighbor's front door.

"He wasn't running," she told Action News. "He was very calm, cool and collected."

Haas said the victim is a mother. No children were there at the time, but two other adults were.

After police arrived the victim was airlifted to Capital Health Regional Medical Center in Trenton, where she is listed in critical condition.

"Her neck was injured, her eye was black and blue," said Haas. "There were scratches all over her."

Police and county detectives went door to door this morning in the neighborhood.