Police said the 27-year-old victim was stabbed one time in her left thigh during the attack.
WPVI
By Bryanna Gallagher 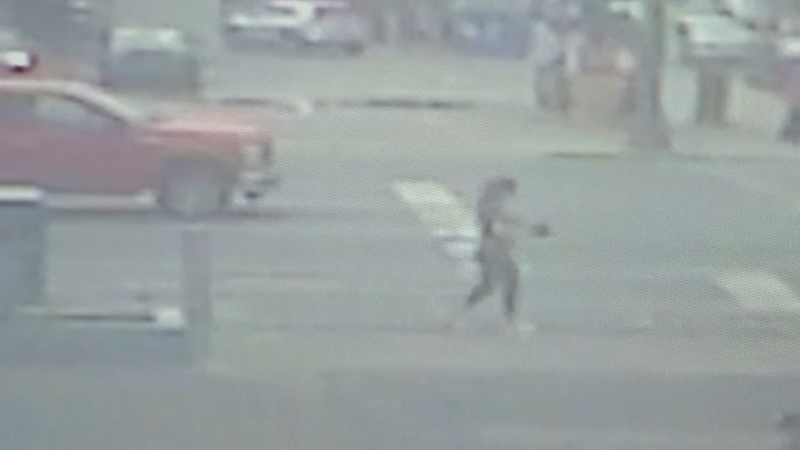 Caught on video: Woman stabbed while jogging in Philly

PHILADELPHIA (WPVI) -- A woman was stabbed while she was jogging in South Philadelphia on Wednesday afternoon, according to police.

Local runners say it is something that could have happened to anyone, especially due to the location and time of day.

"During the day I still think it's important to just be aware of your surroundings always looking and being alert," said Sarah Tampio, an assistant manager at Philadelphia Runner.

CAUGHT ON CAM: Police say a 27-year-old woman was stabbed in the leg when she went for a run along South Broad Street.

It happened in broad daylight, during a very busy time of day. More details on @6abc pic.twitter.com/t1TPkG5tj6

Police said the 27-year-old victim was stabbed one time in her left thigh during the attack.

Surveillance footage obtained by Action News captures the moments before and after the stabbing. It happened in front of a Sunoco station when police say a man in his 50s stabbed her left thigh and walked away.

The victim was able to walk to a nearby firehouse to help. Police say the woman was treated and released from Jefferson University Hospital.

"I thought, 'Oh my gosh, this could happen any time, anywhere.' The victim did the right thing, they walked to the nearest fire station and asked for help," Tampio said

While the stabbing happened in broad daylight, in a busy area, it wasn't necessarily unsafe. Regardless of your route, Philadelphia Runner encourages people to run with a buddy, carry jogger mace, and always be alert.

"We advise all runners to let someone know where they're going, a family member or friend.. and their estimated time that they're going to return," Tampio said.

People who live nearby have their own way of trying to stay safe when they leave home, like avoiding walking around at night and always looking over their shoulders.

"It's usually safe during the daytime, but I usually don't walk around here at night time," said Carla Demaria.

According to police, no weapons have been recovered and no arrests have been made at this time.

"I walk with a lot of I guess strength, and show that I am tough. I'm from Brooklyn, so I think always going with confidence puts people off," said Mindy Ross.

It's still unclear what sparked the attack.