"We shouldn't be made to feel inferior by the cops," 14-year-old Z'Kye Husain said.
WPVI 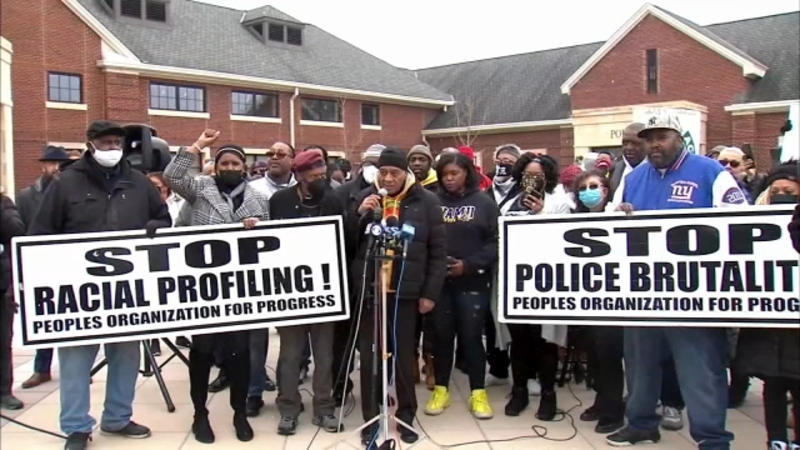 BRIDGEWATER, New Jersey (WPVI) -- Civil rights leaders rallied Wednesday behind a teenager from New Jersey who they say was the victim of racial bias and excessive police force during a fight at a mall that went viral.

Attorney Ben Crump was joined by members of the National Action Network as they called for justice for 14-year-old Z'Kye Husain, and a federal lawsuit may be in the works.

"I feel like I should be lucky that I wasn't hurt or killed by people who that are promised to protect us," Husain said. "We shouldn't be made to feel inferior by the cops."

The 8th grader's arrest was caught on video after a fight at the Bridgewater Commons Mall, and police can be seen with their knees on his back as he's handcuffed, all while the other teenager involved -- who is Latino and has a lighter complexion -- is put on a couch nearby to sit and watch.

"The police, in a split second, saw a white kid on top of a Black kid having an altercation and made a determination that the white kid was presumed innocent and the Black kid was presumed guilty," Crump said. "And then they did what we believe police often do with young people of color. They exerted excessive force."

The second teen was never handcuffed.

Police have launched an Internal Affairs investigation, but there are calls for the officers to face disciplinary action.

A large and diverse crowd came out to support the family, including many locals who said enough is enough.

Z'Kye's aunt, Enrie Simms, says he was standing up to a high school bully who was harassing his 7th-grade friend.

"He did exactly what we all taught him to do, and he was met with not one but two knees in his back while the aggressor towered over him," Simms said.

The video shows the older teenager point his finger in Z'Kye's face. He pushes his hand away, the other teen shoves Z'Kye, and they begin to fight.

The other teen tackles Z'Kye, punching him several times before the two uniformed officers arrive.