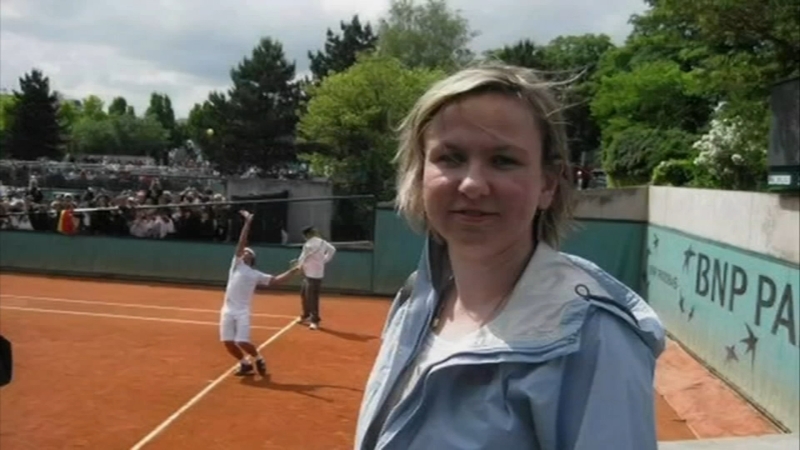 MALVERN, Pa. (WPVI) -- Leszek Wronski flew in from Poland, desperate for answers in the search for his missing sister-in- law, Anna Maciejewska. It's been a little over year, and there's still no sign of the 44-year-old.

The Poland native lived in Malvern and worked in West Chester. Maciejewska's family has visited the U.S. several times, and each time has left heartbroken. They are now hoping a 30- thousand dollar reward will help police locate her.

"I think it is very difficult after a year to believe that Anna is alive, but still I think there are some hopes. It is impossible to say how it really is. You can image her mother and father what they feel without knowing what has happened for a year with no solution, no closure.....that is probably the worst," says Wronski.

Last April 10th, Anna's husband reported her missing and since that time, it's like she simply vanished. Her car was discovered about two miles from her home. Despite numerous searches by police, friends, and family, nothing has turned up.

Pennsylvania State Police say investigators have never stopped searching. They have not ruled out any suspects and say they would like to speak to Anna's husband.

"He has an attorney and he is not cooperating with the investigation. All I can say is that Allan, if you are out there and you are watching this, we'd love for you to come forward and talk to us. We know you can help us with this investigation and we'd be willing to speak with you with your attorney," says Corporal Robert Kirby with the Pennsylvania State Police.

Family members say the missing woman would never leave her young son behind, who is now five years old. Her case is now considered a homicide and authorities say there is no indication she left alone.

Families members and friends like Sharon Grant say they just want closure. "Please help us ....she has a son at home that doesn't know his mother, she has friends that miss her. She was a kind gentle person who would not hurt anybody and loved everybody she met and went out of her way. We just want answers," says Grant.