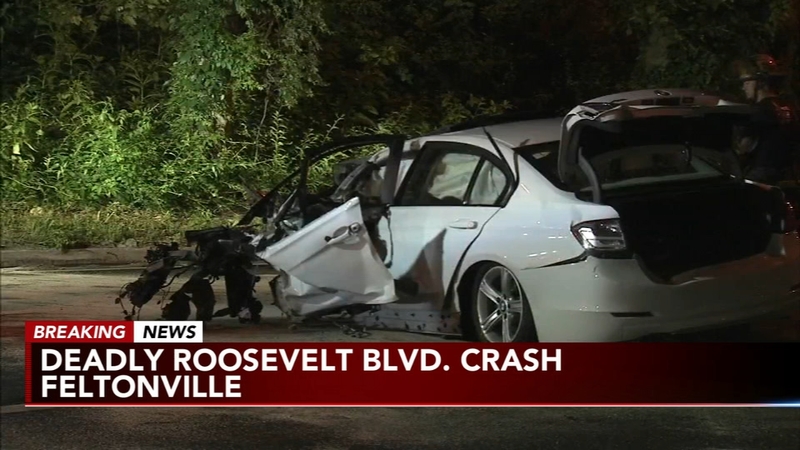 Officials said the car had just passed 5th Street when the driver lost control and careened into a large tree in the median, then bounced back into the road around 11 p.m.

Police said there were two 22-year-old men in the car. The driver was pronounced dead at the hospital and the passenger survived. He is in the hospital in stable condition

The BMW was totaled, with the damage to its front especially heavy. A tire flew off from the impact and hit a car parked nearby.

"The front end of the vehicle is completely torn apart, but both of the 22-year-old victims were inside of the vehicle at the time. The driver took the brunt of the impact," said Philadelphia Police Chief Inspector Scott Small

Neighbors came running after hearing the massive impact, including Patricia Payne of Feltonville.

"It was like a loud boom. Crazy crash," said Payne. "It started all the way down the street."

The driver suffered severe trauma in the crash. Neighbors said they had tried to save him.

"I looked to see the car was on fire, and someone was stretched out near the car," said Dawoud Weston of Feltonville. "I went into the car to pull him out, immediately began CPR."

Investigators are working to determine how fast the car was going.