Check out 'Donkeys Around Town' ahead of DNC 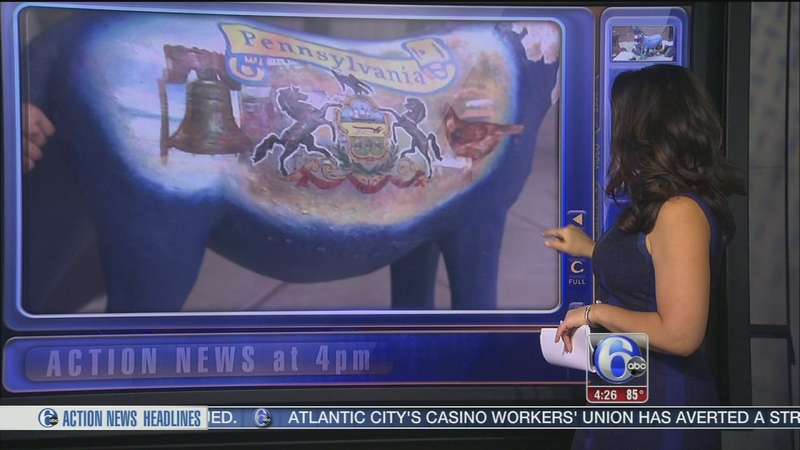 PHILADELPHIA (WPVI) -- The Democratic National Convention will descend upon Philadelphia in exactly 25 days, and while we await the delegates, the donkeys have officially arrived.

Fifty-seven colorful, hand-painted fiberglass donkeys were installed Thursday all across the city.

One of the donkeys, saluting the delegation from Colorado, is making its home in a spot outside the Union League on Broad Street.

Artists from Pennsylvania Academy of the Fine Arts and the City of Philadelphia Mural Arts Program worked with the delegations to capture what they want to showcase to the tens of thousands of visitors headed to town for the big event.

Former Gov. Ed Rendell says he wanted Philadelphians to get a first peek at the public art display.

"We wanted the people of the city to get a real chance to see them and see them first, so before anyone arrives and the delegates arrive on the 24th, we'll have three weeks where the people of Philadelphia can come," said Rendell.

But he did have stern words about keeping them safe and protected. Surveillance has been set up for each donkey, and the city is taking those consequences seriously.

After the convention, delegations can either ship theirs home, or donate them back here.

An auction will be held, with proceeds going to the artists.