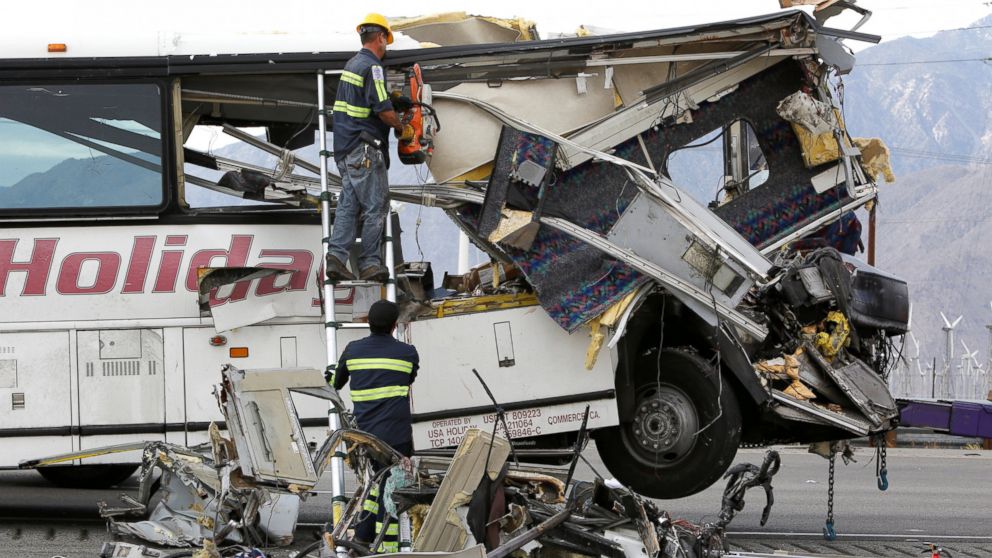 At least 13 people were killed this morning when a tour bus crashed into a tractor trailer on Interstate 10 near Palm Springs, California, officials said.

The bus, which was returning to Los Angeles from Red Earth Casino in Thermal, California, was travelling faster than the semi and plowed into it, leaving the front of the bus demolished, California Highway Patrol Border Division Chief Jim Abele said.

"The speed of the bus was so significant that when it hit the back of the big rig, the trailer, the trailer itself entered about 15 feet into the bus," he said.

It was not clear, however, how fast the bus was actually going, he said. The 1996 bus was likely not equipped with a black box, like newer buses would be, he said.

Among the 13 dead was the driver of the bus, and 31 others were injured, some of them critically, he said.