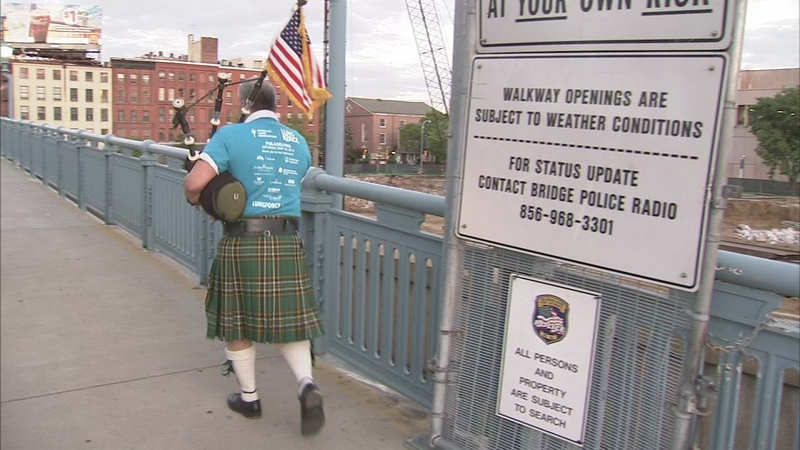 Bagpipe player walks across bridge for good cause

PHILADELPHIA -- A Philadelphia man is raising awareness of lung health one note at a time.

David Cohen played his bagpipes while walking across the Ben Franklin Bridge.

He did it in honor of National Women's Lung Health Week.

Cohen became an advocate for women's health after losing his wife to cancer.
----------