WPVI
Police have arrested two of three suspects wanted for a series of robberies at Wawa stores in Delaware County.

Authorities said Thursday that Quintel Martins and Christopher Winfield were arrested and charged with the crimes.

They were taken into custody by a joint effort from police in Radnor and Upper Darby where the robberies happened, along with police in Collingdale where the men were arrested. 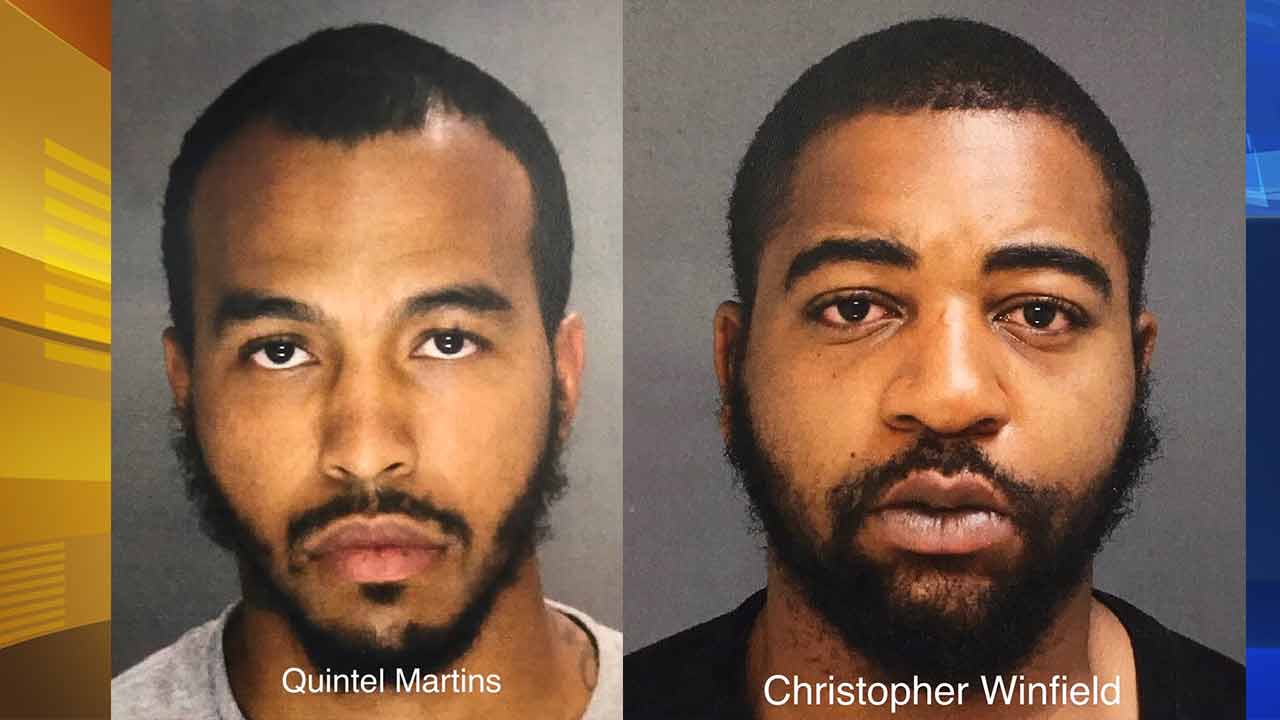 The officer ran the registration while the vehicle was at the Wawa on MacDade Boulevard, near Clifton Avenue, but the men sped away, according to Chitwood.

Police obtained a warrant to search the car and found masks, clothing and guns connected to the robberies.

Chitwood said Martins was a manager at a Wawa on Sugartown Road, in Radnor, which was also robbed.

Chitwood also said Martins stole lottery tickets during the robberies and was later seen on video cashing those tickets at Wawa stores.

"Stupid. That's the first thing I think of and the second is, these robberies were violent, perpetrated occurrences," Chitwood said.

Surveillance video captured the robbery at the Wawa store on the 500 block of Burmont Road in Drexel Hill.

"You have what I call 'urban terrorists.' When you see the video it's scary. Thank God nobody got hurt," said Upper Darby Police Superintendent Michael Chitwood, in an interview last month.

Two of the armed suspects stormed the front doors at 4:22 a.m., as a third man closed and locked the door behind them.

That robbery took place in the early morning hours of June 17.