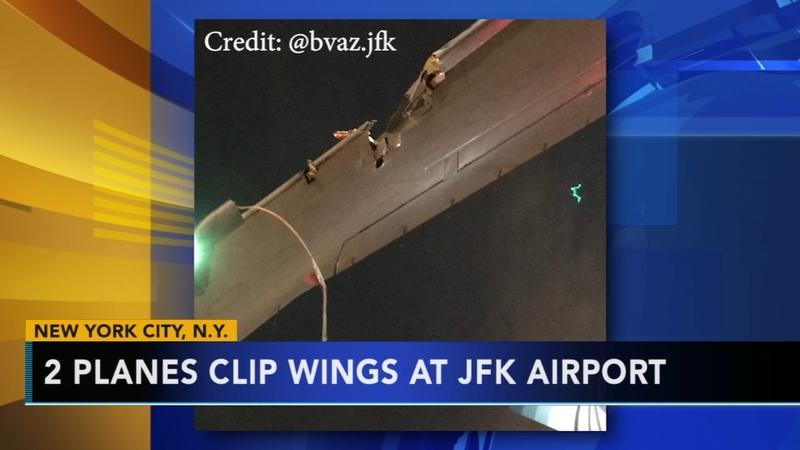 NEW YORK -- A plane has clipped wings with another plane while taxiing at New York's John F. Kennedy International Airport.

It happened just after 7 p.m. Monday. There were no reports of any injuries.

The Port Authority of New York and New Jersey says both planes returned to the terminal. Officials say the Virgin Atlantic, an Airbus A333, had to be towed.