WPVI
By Nydia Han and Heather Grubola
More and more families are turning to the Troubleshooters for help with a construction crisis.

They say it has the potential to cripple their finances, impact their health and it has reached epidemic proportions.

Action News has been covering the problem for three years, and even after the issues are uncovered some builders have denied homeowners' desperate pleas to make the appropriate repairs.

Jackson Adams has a compromised immune system and is banned from his bedroom due to possible mold. The 2-year-old's parents believe their home-builder cut corners - causing water to seep inside the walls and rot their home over time.

"How can they let this happen to people? It's completely destroying people's lives," said Tamra Adams of Furlong, Pennsylvania.

The problem is called water-intrusion and fixing a whole house can cost well over $100,000.

Construction Crisis: It's growing. Why aren't some homes getting fixed?. Nydia Han reports during Action News at 4 p.m. on May 18, 2017.

The Action News Troubleshooters have warned our viewers about the issue as it related to stucco houses, but now we've learned other homes are impacted including those built with vinyl brick, cultured stone and fiber cement siding.

"It's a result of the defective construction and the application of those products," said attorney Jennifer Horn. "I believe homes that were built during the wave of residential construction and the building boom are especially vulnerable." That wave includes the years 2003, 2004, and 2005.

Rob Lunny, of Lunny Building Diagnostics, tested the Adams' home, which was built 13 years ago. He showed us wood crumbling between his fingers.

"I inspected the brick. There are multiple installation deficiencies in the brick system, even on the vinyl siding. I mean this is a water management problem that we're facing, not a stucco problem," Lunny said.

"This house was not built according to standards and building codes even back then?" asked Nydia Han.

Rob Lunny replied, "Absolutely. Not even a question about it."

The Action News Troubleshooters interviewed an auditorium full of homeowners who claim they have the same problem with different builders.

The Weisers live in a Pulte built home and Action News interviewed another group of families who live in Wilkinson homes.

"I really feel kind of taken since I find out now that the outside construction of the house was substandard," said John Adams of Kennett Square, Pennsylvania.

The scope of the construction crisis has continued to expand. Last November, the Troubleshooters told you Toll Brothers estimated its liability for repairs was $80.3 million. According to the company's 2016 Annual Report that number has jumped to $324.4 million. And $115.5 million relates to water-intrusion for "non-stucco homes," according to Toll Brother's Annual Report.

Yet many families have told Action News that their homes aren't getting fixed.

Pennsylvania has a Statute of Repose, which states homeowners have 12 years, sometimes 14 years, to bring a claim against builders.

We posed a question to those in the auditorium whose homes are over 12 years old - asking them to raise their hands if their builder had cited the home's age as a reason to deny their claim for remediation. Everybody in that group raised their hands.

Homeowner after homeowner including the Adams' proved denial letters from Toll Brothers that read in part:

"Any claims...exceed all warranties that were carried on your home, as well as any statutory periods within which claims must be made. Due to this fact, Toll Brothers will not take any steps..."

"When you buy a house, you don't expect at 14, 13 years, it to be decaying around you," said Brett Adams of Furlong, Pennsylvania.

Plus, because the moisture problem begins behind the walls, the damage can often be invisible for years.

The Action News Troubleshooters have alerted legislators to the construction crisis, including democratic Representative John Galloway of the 140th District, Bucks County. He vowed to introduce legislative change to protect homeowners.

In addition to looking at introducing possible modifications to the Pennsylvania Statute of Repose, Rep. Galloway is also looking at introducing legislation that would require a builder to notify homeowners of a known problem or defect. He says in much the same way makers of cars and cribs are required to notify consumers of a possible safety issue, builders should be required to contact homeowners as well.

If you're concerned about this issue, Rep. Galloway says he wants to hear from you. You should also contact your own local legislators and file any complaints with the PA Attorney General's office.

Meantime, there is some good news for the Adams family. Toll Brothers is now fixing the area that directly impacts Jackson's room and has offered to pay for the family to live elsewhere temporarily.

But the Adams family believes this is far from sufficient. They believe their entire home needs to be taken down to the studs and rebuilt. So they still feel very much trapped as they continue to wonder how they will afford out-of-pocket repairs they say totals six figures.

However, Toll has maintained that it's testing shows normal air quality conditions in the home and no mold damage.

Also Toll has not said what, if anything, the company will do regarding the 100 other homes about which the Action News Troubleshooters inquired.

Both Toll and Pulte have said they have worked diligently to fix problems.

In addition, Pulte says "it is the homeowners' attorney who has delayed the repair process."

The Action News Troubleshooters asked the PA Attorney General's office to comment on our story. They tell us the AG's office does not currently have any active investigations against Wilkinson or Pulte. But if consumers feel harmed by either of those builders - or any builder - they're urged to call the Attorney General's Office Bureau of Consumer Protection hotline number at 1-800-441-2555. They can also email scams@attorneygeneral.gov. You can also click here for the Pa. Attorney General's guide to hiring a contractor.

As for Toll Brothers - the AG's office says it can't comment or deny existence of any ongoing investigations.
EMBED More News Videos

Web Extra: Attorney Jennifer Horn explains what 3 things homeowners should do if they suspect they have a water intrusion issue.

Toll Brothers has worked diligently to address water intrusion issues raised by our Pennsylvania homeowners, primarily involving stucco homes. We have repaired these homes as part of our ongoing commitment to our homeowners.

Toll Brothers homeowners enjoy the full protection and the right to make claims under the longest warranty in our industry - 10 years. Toll Brothers has committed to repair all homes within our warranty, and we have also committed to repair these water intrusion issues on homes in Pennsylvania that are up to 12 years old. The law in Pennsylvania provides an outside date beyond which claims may not be asserted - 12 years from completion of construction.

If a home with stucco-related or water intrusion issues falls within Pennsylvania's 12-year limitation, we will treat it the same as a home still within warranty - if our inspection confirms that repairs are needed, we will make necessary repairs to the home.

Pulte Homes will reiterate once again its desire to make the needed repairs to these Applecross homes. We have shared with the homeowners' attorneys a comprehensive scope of work to repair, which was developed with the assistance from a third-party, independent engineer, and have made offers to extend the warranty on the work we perform.

Additionally, Pulte Homes has not denied any homeowner the necessary repairs, nor is any homeowner currently at risk of surpassing the PA Statute of Repose. In fact, the state of Pennsylvania has one of the longest time periods for commencing a suit on a given construction-related claim at 12 years.

We are very disappointed that the stucco and gutters did not perform as intended. But, unlike other homebuilders in the Greater Philadelphia area, Pulte Homes has not wavered in its commitment to stand ready and willing to repair the homes.

As these homeowners are represented by legal counsel and have indicated they intend to pursue their claims through arbitration, Pulte Homes is prevented from making any repairs to these homes during this legal process. Unfortunately, it is the homeowners' attorney who has delayed the repair process, made unnecessary demands, and prevented the timely resolution of these matters. In fact, Pulte has begun the repair process for two other homeowners in Applecross with tentative start dates.

Pulte Homes responded quickly to these homeowner issues at Applecross, offering to make needed repairs and providing an extended warranty on the work we performed. Their attorneys, hoping to realize a big payout from an expanded legal process, have steered these homeowners away from working with the builder to make the necessary repairs.

As these homeowners are represented by legal counsel and have demanded arbitration, Pulte Homes is prevented from making any repairs to these homes during this legal process.

We are disappointed in the performance of these homes, but from day one the Company has stated its willingness to take the necessary actions to address their home's issues.

Pulte Homes has been building in the Greater Philadelphia area for more than 40 years and we stand behind the homes we build. 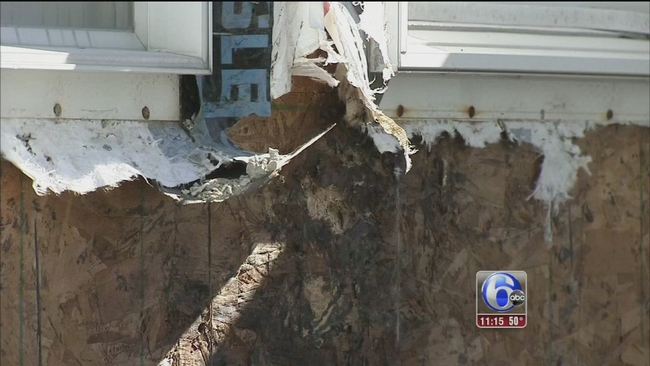 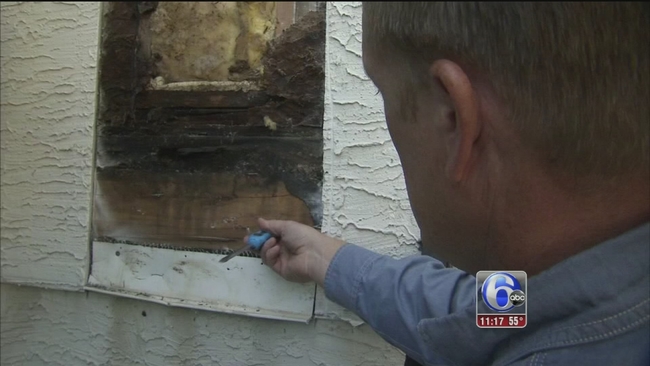