PHILADELPHIA -- The NFL is expected to pick up the majority of the cost to stage the 2017 draft in Philadelphia, with the city's iconic "Rocky" steps serving as its backdrop.

City officials say they don't expect the NFL's 82nd event to come at taxpayer expense, but instead expect to fundraise about $5 million of the $25 million budget with the league paying for the event's staging and infrastructure.

Senior vice president Peter O'Reilly said on Thursday the event's location will represent a return to the birthplace of the draft. The first NFL draft was held in Philadelphia in 1936, when the Eagles selected versatile halfback Jay Berwanger first overall.

"This is clearly a very passionate football town, it's also a city steeped in NFL history," Reilly said.

The draft was held in New York for decades before being moved in 2015 to Chicago, where it was also held this year. It was last held in Philly in 1960.

Hosting the draft is just the latest in a string of high profile events for Philadelphia. Pope Francis celebrated Mass in a similar location near the Philadelphia Museum of Art on Benjamin Franklin Parkway during a visit to the city last fall. The city also hosted the four-day Democratic National Convention in July.

Mayor Jim Kenney said the city knows how to hold major events, and while hosting the draft may ultimately require some city funds, it will be worth the return on investment.

"It's a very significant event from individual expenditures. People who come are going to be spending money," Kenney said.

City officials visited Chicago to see how the event was previously hosted, and took NFL leadership on tours of Philadelphia and its venues.

2017 NFL draft to be held on the Parkway in April. First NFL draft was held in Philadelphia in 1936. pic.twitter.com/zQCRmhSKmw

Philadelphia beat out several other locations vying to host the event, which will be held April 27-29. The first three rounds are held in prime time. The hometown Eagles won't have a pick, however, in the first round. 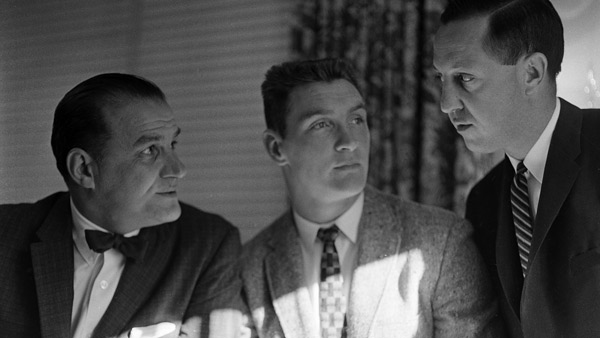 Draft organizers said Philadelphia may draw a bigger crowd than Chicago because nine NFL team markets sit within driving distance to the city. Philadelphia is currently one of 13 teams not to have won a Super Bowl.

ESPN analyst and former Philadelphia Eagles quarterback Ron Jaworski will help lead the host committee and said he and others were "relentless in (their) approach to find a way to get the draft back to Philadelphia," 80 years after its conception.