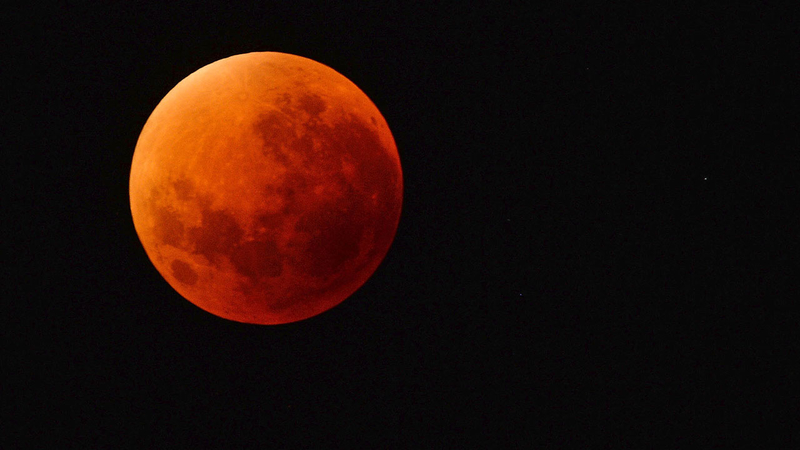 Don't miss these space events in 2019

If you're a lover of all things space and sky, mark your calendars for these special events in 2019.

Remember in 2015 when NASA's New Horizons flew by Pluto? That same spacecraft continued on its journey even deeper into space, and just did a fly-by of Ultima Thule, an object in the Kuiper Belt which is 4 billion miles away. NASA is releasing photos from the fly-by.

🚨First image of #UltimaThule! 🚨At left is a composite of two images taken by @NASANewHorizons, which provides the best indication of Ultima Thule's size and shape so far (artist’s impression on right). More photos to come on Jan 2nd! https://t.co/m9ys0VhmLA pic.twitter.com/qZu0KL8uJB

Why is this exciting?

"We expect that Ultima is the most well-preserved sample of a planetary building block ever explored," reads a NASA blog post. "In effect, Ultima should be a valuable window into the early stages of planet formation and what the solar system was like over 4.5 billion years ago."

For sky-watchers in the U.S., AccuWeather predicts this will be most-watched astronomical event of 2019. The term "super blood moon eclipse" describes two phenomena happening at once: "Super," because the moon will appear especially large and bright due to its proximity to Earth; "blood" as a term is used to describe the red coloring caused by the projection of Earth's sunrises and sunsets onto its surface during an eclipse.

Though some of the annual meteor showers typically popular in the U.S will coincide with too much moonlight for ideal viewing, that's not the case for the Eta Aquarids this year. The new moon will make the Eta Aquarids one of the best showers of 2019, according to AccuWeather.

The shower, which includes debris from Halley's Comet, is more active in the Southern Hemisphere, but the Northern Hemisphere could see up to 30 meteors per hour.

Earthlings had to go without a total solar eclipse throughout 2018, but the popular phenomenon returns in 2019. This year's eclipse will only be visible from parts of South America. If you're an eclipse enthusiast, it'll be worth planning a trip (or, at the very least, streaming online) rather than waiting around for one to come here. The next total solar eclipse to be visible from the U.S. won't happen until 2024.

Usually a bright moon can spell disaster for a meteor shower's viewing conditions. But even though there will be light from the moon competing with the Perseids at its peak in mid-August, you'll still have a chance at spotting meteors, according to AccuWeather. The Perseids are typically brighter than average meteors, so it's still worth venturing out to look for this late-summer shower -- and no, you won't need binoculars.

Mercury is not often visible, but late in the year it will be visible in a special way. On Nov. 11, the closest planet to the sun will pass between the sun and the Earth, appearing as a black dot on the sun's surface.

If your glasses from the solar eclipse of 2017 are still in good condition, this will be the perfect opportunity to bring them out. AccuWeather warns that under no conditions should anyone try to view the phenomenon with the naked eye. If you don't have appropriate eyewear yet, AccuWeather advises ordering online well in advance.

Mercury will not pass in front of the sun again until 2032.

This year the light from the full moon on Dec. 12 will put a damper on what is typically the most exciting sky-watching event of December, the Geminid meteor shower. However, the moon will be only a crescent later on in the month, when Venus will appear in the sky nearby. With the moonlight out of the way, Venus will appear so bright that you should be able to spot it in urban areas, according to National Geographic.
Report a correction or typo
Related topics:
weathernasamoonnatureeclipsespacescience
Copyright © 2022 WPVI-TV. All Rights Reserved.
TOP STORIES
AccuWeather: Cold Blast Today, Weekend Snow
Supreme Court Justice Stephen Breyer to retire
Eagles' Brandon Brooks announces his retirement
Officer dragged half a mile during Philadelphia traffic stop
CHOP KOP: New pediatric hospital now open
What to know about tensions between Russia, Ukraine
Parents share story of infant's day care abuse to help others
Show More
Remembering Kobe Bryant 2 years after his death
2 seriously injured in multi-vehicle crash in South Jersey
Scientists monitoring new omicron subvariant BA.2
Philadelphia officer says murdered son had big dreams
$5M lottery ticket sold at Bucks County Wawa
More TOP STORIES News