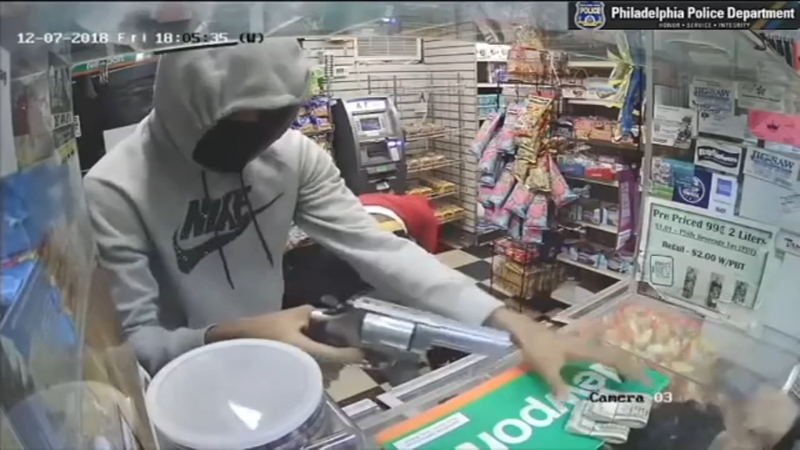 Police say the three suspects entered the Joaquin Grocery store located at 1601 East Tulpehocken Street, and two of them were armed with handguns.

According to police, the suspects then pointed the guns at a 45-year-old female employee and demanded money from the cash register.

A customer who was in the store at the time of the robbery was ordered to get down on the floor.

After taking $250 the suspects fled the area in a white Dodge pickup and were last seen east on Tulpehocken Street, police say.

No shots were fired nor were any injuries reported.

Suspect #1 is described as a light complected black or Hispanic male, thin build, wearing a gray hooded sweatshirt with a black "NIKE" logo on the front, dark colored pants, black/gray colored sneakers, a dark colored mask covering the lower portion of his face, and armed with a handgun.

Suspect #2 is described as a black male, medium build, wearing a red colored hooded sweatshirt, dark colored pants, black sneakers, a dark colored mask covering the lower portion of his face, and armed with a handgun.