WPVI
By Sharrie Williams
PHILADELPHIA (WPVI) -- A member of the Action News team has a very vivid memory of how the assassination of Dr. Martin Luther King Jr. unfolded.

When Vernon heard Dr. King had been shot, he grabbed his equipment and drove to the King's family home where he spoke exclusively to Coretta Scott King in her driveway.

"I loaded up my car with a tape recorder that the station had issued me. It was the size of a suitcase, reel-to-reel," he said.

"I went to the front yard and Mrs. King, who I had covered and done stories with, said, 'Odom, my husband Dr. Martin Luther King has been shot in Memphis. Andy just called me,' referring to Andy Young, and told me they don't know his fate and he was rushed to the hospital," he said.

Vernon says the mayor and police chief of Atlanta joined Mrs. King at the airport when he noticed she became very emotional.

He feared Mrs. King had received the worst possible news.

"Mrs. King and Mayor Allen were walking back out of the airport, and she had tears in her eyes. I said, 'Mrs. King, have you learned anything new? She said, 'Yes, my husband has passed away," Vernon said. "It was a dramatic ride to the airport, it was dramatic being in that place in history right at that time.

Vernon Odom would later travel to Memphis as a young journalist to cover the trial of James Earl Ray, the man convicted of murdering Dr. King. 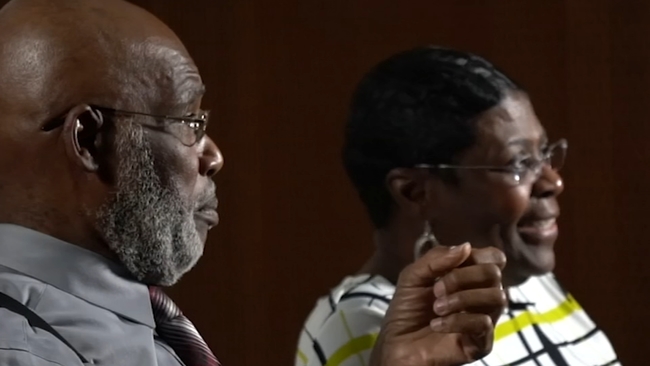