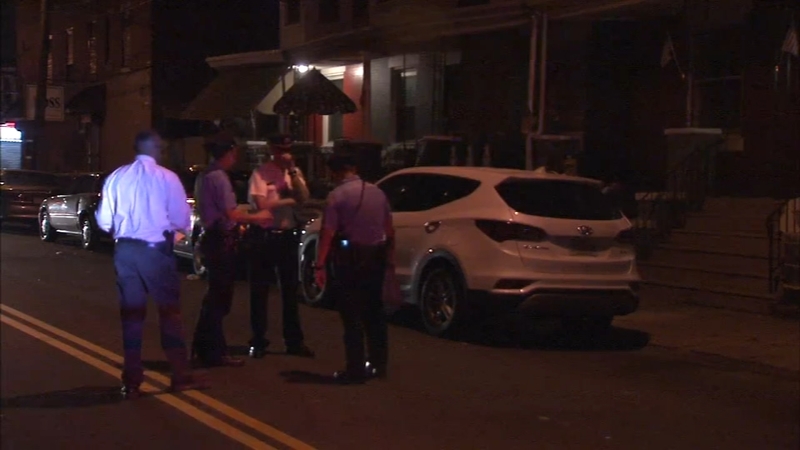 WEST PHILADELPHIA (WPVI) -- A 51-year-old woman was found shot to death on the front porch of a family member's West Philadelphia home.

The shooting happened shortly after 3 a.m. Thursday on the 1300 block of North 59th Street.

Police have identified the victim as Robin McClendon.

"I will miss her terribly."

This morning, a heartbroken Karleen McClendon spoke about her daughter, Robin, who was gunned down overnight.

The picture of Robin shown is a much younger picture.

Woman who was gunned down on mother’s porch in West Philly was 51 yr old Robin McClendon. She was a mother of two. Robin’s mother says she graduated from Drexel, used to played cello in the Lansdowne Symphony Orchestra. This is a picture of when she was younger. @6abc pic.twitter.com/vpb5hhHnPf

Police say the former Drexel professor was leaving her mother's home when a gunman approached her and shot her once in the head at point-blank range.

The 51-year-old died instantly. Police say she was the intended target.

Her mother, Karleen McClendon who is hard of hearing, was just inside of her home when her daughter was murdered.

"I'm holding up fine. I'm okay. It's just a loss. It's a tremendous loss to lose Robin," she said.

Family members were seen arriving as additional police and investigators descended upon the street and carefully combed the scene for evidence.

News of who the victim was spread quickly.

"It was devastating to be truthful. It's very devastating," said one neighbor.

Neighbors described Robin as very intelligent and gifted. She was a graduate of Drexel University and played the cello in the Lansdowne Symphony Orchestra many years ago.

Relatives told police that Robin had long struggled with mental illness which may have led to confrontations and erratic behavior with others.