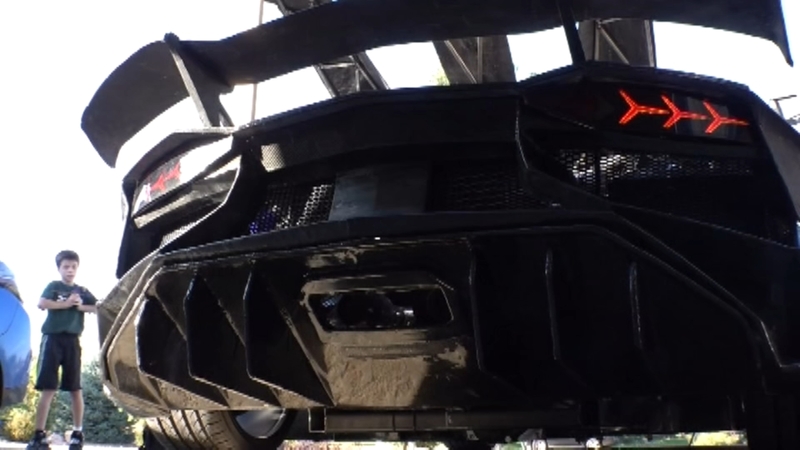 DENVER, Colorado -- A father and son in Colorado are working on a unique family project.

They're building a model of a Lamborghini using parts made with a 3D printer.

While they're putting a Corvette engine inside so it's not a "real" Lambo, they tell KCNC-TV that's not the point.

According to the father and son, it's about getting people interested in science and engineering.

Xander Backus isn't and his dad have driven a Lamborghini before - in a video game.

"One day I said to him, 'hey can we build one of those?'" Xander said.

His father Sterling Backus took that as a challenge.

Sterling happens to be a physicist, whose career has him working a lot with lasers.

"What's really helped is when I was a kid, I was a gear head," Sterling said.

Sterling and Xander started by using blue prints, from a toy model.

The pieces were all individually printed, glued together, wrapped in carbon fiber and covered in epoxy.

The pair has been working on it for more than a year and a half, and hope to finish by next spring.

Using a Corvette engine, the car could clock 200 miles per hour, but it hasn't been decided.

The Backus duo has decided to show the car to kids to get them interested in science, math, and engineering.