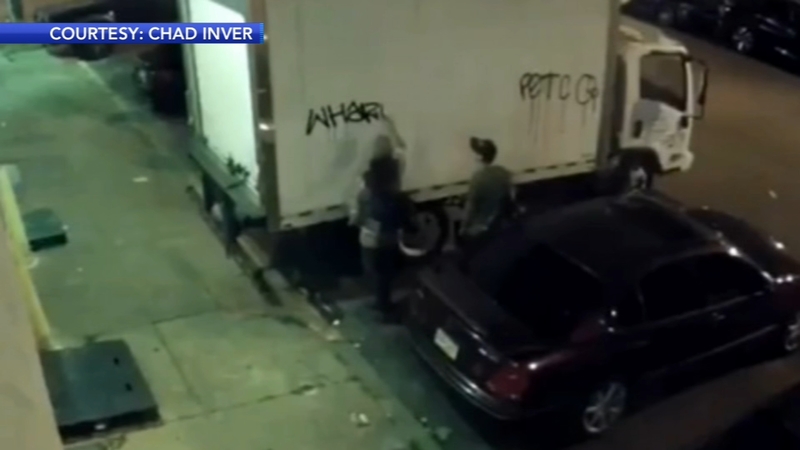 "The one guy comes over and puts his tag right here and keeps wildling," McKernan says.

He's since made a police report and scrubbed it off.

The same graffiti tags could be found on the siding of a new property on the 2600 block of Manton Street, along with other properties on the block.

Unfortunately, this isn't the first time those who live and work in this Grays Ferry neighborhood have been inconvenienced by graffiti.

"At least nine to 10 properties got hit in the last four to six weeks," said McKernan.

"They look like they're grown men and they have a big smile on their face when they look at the surveillance camera-- like obviously, they enjoy doing it," said McKernan.

Action News was approached by two additional men who say the same guys are responsible for breaking windows in their homes and spray painting their properties.

Police have been notified about the vandalism incidents.

Offenders can be charged with: Vandalism, Possession of Instrument of Crime and other related offenses pending district attorney approval.