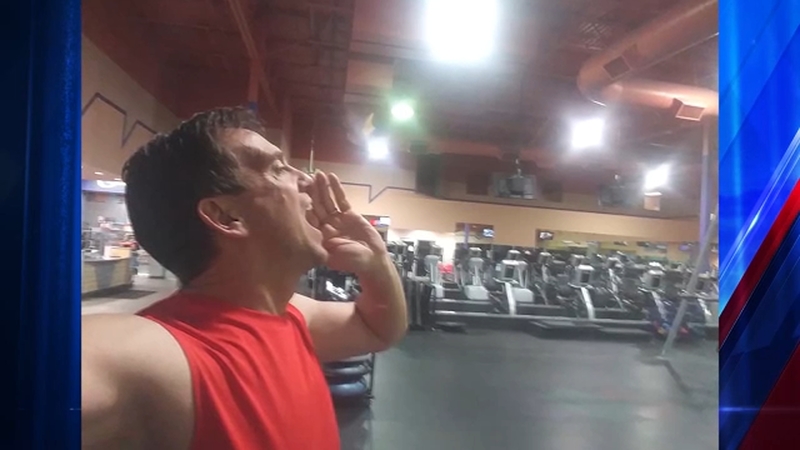 Man gets locked inside 24-Hour Fitness

SANDY, Utah -- After a workout at a 24-Hour Fitness late Saturday night, a Utah man found himself locked inside.

Confused as to how he could get locked inside a gym that should be open around the clock, Dan Hill told KTVX-TV he didn't want to set off any security alarms because police might think he broke in.

Unbeknownst to Hill, the hours of the 24-Hour Fitness changed in December; it was no longer open 24 hours.

Hill is an animation teacher at Paper Plane Learning. At night, he works out at the gym in Sandy.

After finishing his swim, Hill went to leave, but couldn't.

Hill said he went to the front door and tried to open it.

After making some phone calls to friends and family about what to do, Hill called 911.

"So, I called dispatch and the guy pauses for like 10 seconds and says, 'You're where?' And I said, 'I'm in 24-Hour Fitness and there's an alarm system here and I don't want to get busted for breaking and entering,'" Hill said.

In the meantime, he posted on Facebook saying: "I am literally locked inside 24-Hour fitness right now. They closed the doors and went home while I was swimming my laps in the pool."

"I just thought it was funny at the start. You know, it was kind of like 'Home Alone,' like 'Oh my gosh, I have this gym to myself,'" Hill said.

Spending more than an hour inside what Hill thought was a 24-hour gym, he posted a photo to Facebook saying three officers freed him.

Hill said he didn't know his experience would go viral and said it's a funny memory he won't forget anytime soon.

On the front doors of the gym, a manager said the company changed their hours at some locations nationwide and theirs was one of them.