WPVI
ABINGTON TOWNSHIP, Pennsylvania (WPVI) -- A huge crowd gathered at the Abington School Board meeting following last month's controversial comments made by a board member.

Dr. Tamar Klaiman made the controversial comments during the January 21 school board meeting.

"There's a lot of evidence that anybody carrying a firearm in a district building puts kids at risk, particularly students of color," Klaiman said. "We know that the black and brown students are much more likely to be shot by the officer, especially school resource officers, than other students, and I have serious concerns about anybody in the building having firearms, regardless or not of whether they are police."

On Tuesday night, the auditorium was packed.

Residents lined up dozens at a time to let the board members hear them out, some even calling for Klaiman to resign.

Despite her apology, controversy continues to swirl around a member of the Abington School Board for comments she made last week about armed officers in schools and who stands a gr

"It broke my heart that Dr. Klaiman was attempting to divide both our school community, community as a whole, by slandering the Abington Police Department," said one man.

On Tuesday night, she apologized publicly for those comments.

"I apologize to the officers and the families who've been hurt by my comments. I know officers and their families put themselves at risk for the safety of the community every day," said Klaiman. 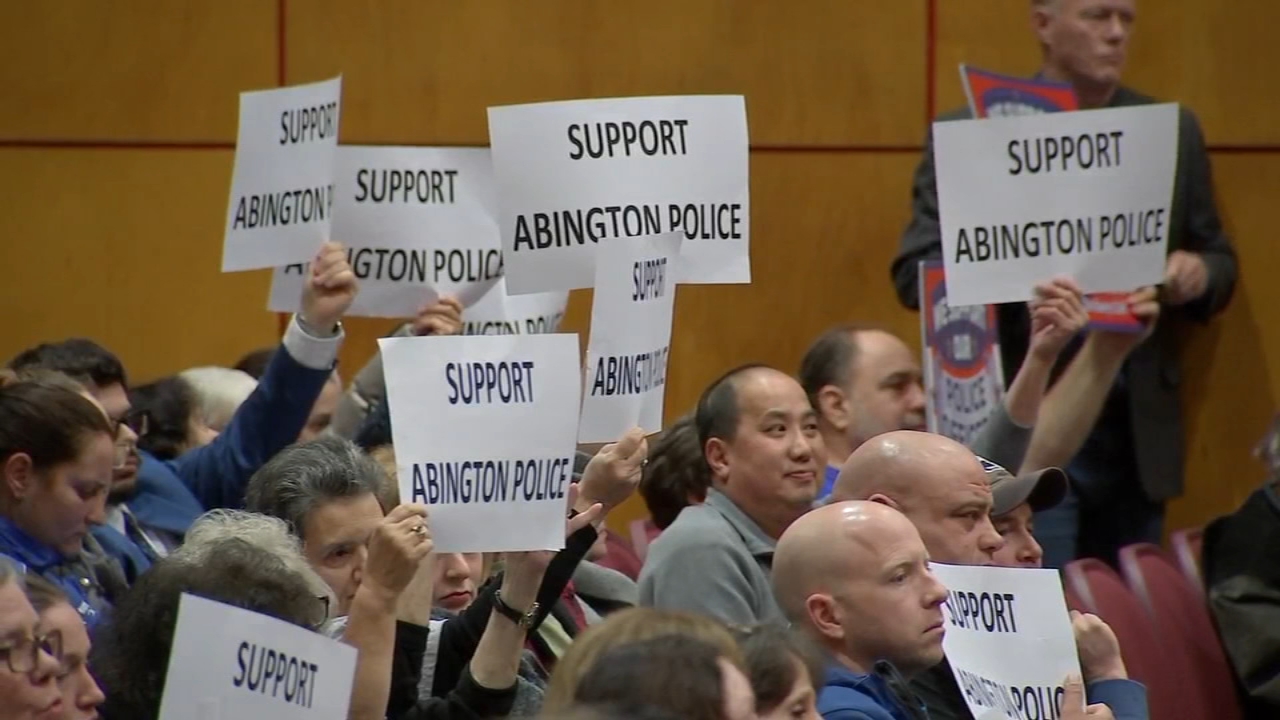 The Abington Township community packed a school board meeting following controversial comments made by one of its members.

While she spoke, dozens of signs supporting the police were raised in the air.

Many people also stressed their support for the three officers who police the district.

"Her comments were unfounded, they were hateful and they were egregious," said one woman.

"This really did tear our community apart. I'm a proud professional police officer; we reject that rhetoric, but we also need to forgive people and come together," said Molloy.

Ward said, "I have a tremendous relationship with the officers and I can't tell you how much we appreciate all that is done through community policing."

The school board did address the possibility of removing Dr. Klaiman, but they say they have no legal grounds based on her comments. She would have to resign.
Report a correction or typo
Related topics:
societymontgomery countyeducationcontroversial videocommunity
Copyright © 2021 WPVI-TV. All Rights Reserved.
More Videos
From CNN Newsource affiliates
TOP STORIES