The man is wanted for two robberies and one attempted robbery at local convenience stores.
WPVI 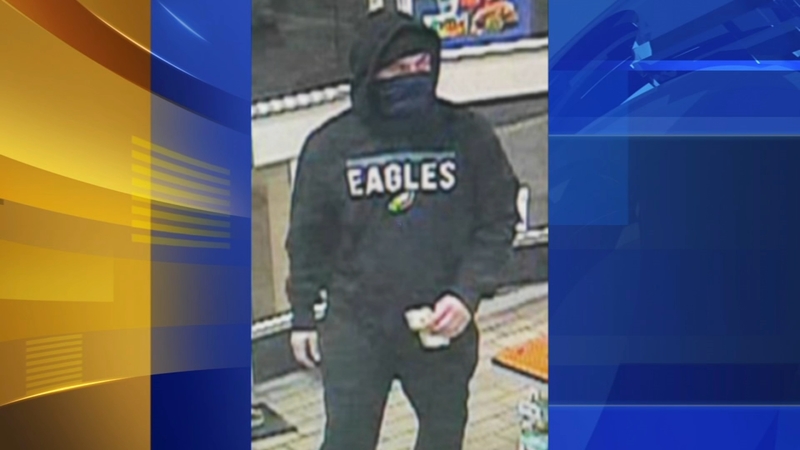 BENSALEM, Pennsylvania (WPVI) -- Authorities in Bucks County have released photos of a suspect believed to be responsible for several 7-Eleven robberies.

Bensalem police say the suspect was armed with a gun when he attempted to rob the store on the 3500 block of Street Road early Wednesday morning.

Investigators say the suspect left with nothing, but went on to rob another 7-Eleven on Neshaminy Boulevard.