KABC
By Amy Powell
GLENDALE, Calif. -- A California woman whose love letters from her late husband were stolen last month during a burglary has been getting new correspondence in the mail.

"I hope your letters are returned soon. In the meantime, I hope this one keeps you company," one supporter wrote.

"It's nice when people are kind enough to call you up and sympathize with you," Rickerby said.

Rickerby was 17 when she met the man who would later become her husband of 56 years. She lived in Ireland, and he eventually moved to Canada, but the two kept in touch through their letters.

When her husband died in December 2014, those letters became even more important.

"I lost my husband and I'm still not over it, but his letters were so close to me," Rickerby said.

Her son has doubled the reward for the return of the letters to $5,000 with no questions asked.

Until then, Rickerby checks her doorstep every day hoping someone will bring her precious letters back.

"If someone knows where they are, I just hope and pray that they'll be kind enough to let me have them back," Rickerby said.
Related topics:
societyglendalelos angeles countyburglarybuzzworthy#abc7eyewitnesswatercooler
Copyright © 2020 KABC-TV. All Rights Reserved.
RELATED 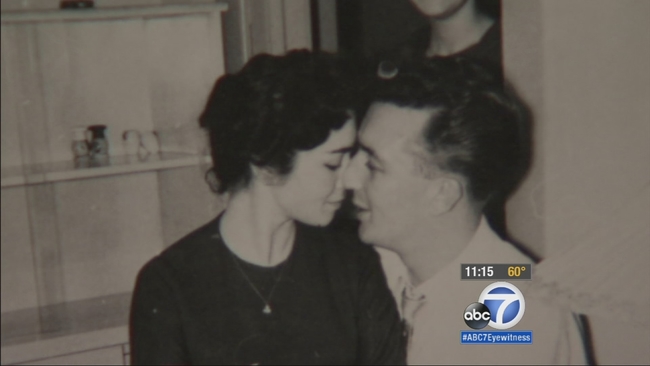