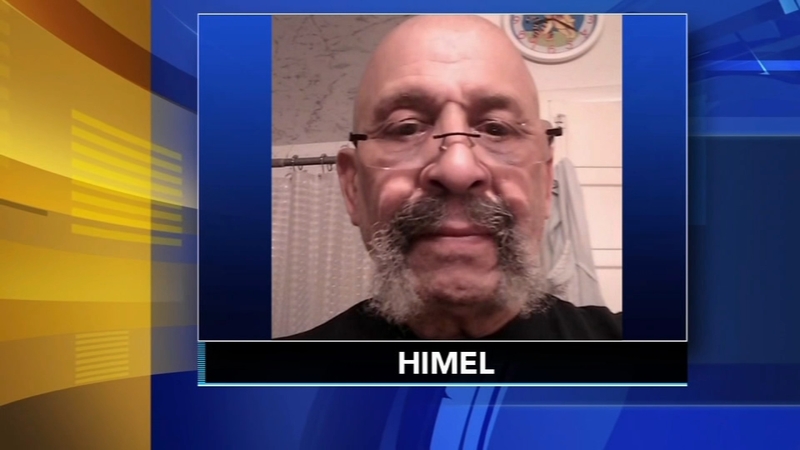 PALMER TWP, Pa. (WPVI) -- An 80-year-old Northampton County, Pennsylvania man wanted in the shooting death of his wife was found in a hotel in Colorado.

Authorities were searching for Edgar Himel since his wife was found dead inside their Palmer Township home last week.

Palmer police received word that Himel was staying at hotels off the Route 80 corridor in Nebraska and was traveling east.

Law enforcement in Nebraska and Wyoming were notified that Himel was wanted for homicide.

It was discovered on Friday that Himel was staying at a hotel in Sterling, Colorado.

Himel was taken into custody and held as a fugitive in Colorado, pending extradition to Pennsylvania on the charge of Criminal Homicide.

Authorities in Pennsylvania, meanwhile, are investigating whether police responded appropriately to a 911 call made from the Himel's home.

Authorities said a 911 call was placed from the cellphone of Himel's wife around 2:20 a.m. July 4. The woman who made the call told dispatchers she had an emergency and confirmed the address. Palmer Township police officers went to the home to investigate and saw an older man fitting Himel's description through a window, but did not go inside, authorities said Wednesday.

"The whole thing is going to be reviewed by the Palmer Police Department, whether protocol was followed at that time," Morganelli said.

The victim's family said they can't understand why police didn't follow up.

Van-Tassel's sister, Nona Edwards-Thomas, said she spoke with Edgar Himel on the phone after failing to reach VanTassel-Himel, and asked him where her sister was.

Court documents did not list an attorney for Himel.