Nonprofit aims to raise next generation of horsemanship in North Philadelphia 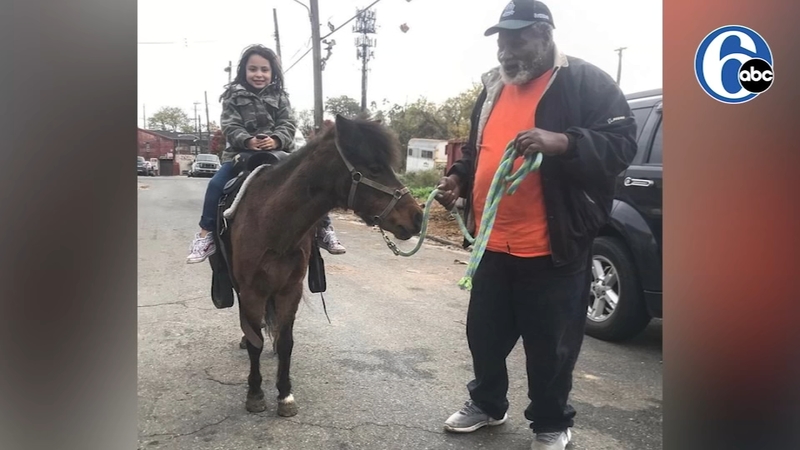 Nonprofit aims to raise next generation of horsemanship in North Philly

PHILADELPHIA (WPVI) -- Since the 1950s, Ellis "El-Dog" Ferrell Jr. has spent a huge portion of his life horseback riding up and down the streets of Philadelphia.

"Pennsylvania is a farm state. Normally you can ride horses anywhere in the city," said Ferrell. "I've been all over. Downtown, West Philly, North Philly, South Philly...we rode all over."

Ferrell, 81, has spent most of his recent years in North Philadelphia at a stable he has owned since 2014, right across from the historic Fletcher Field.

"Once a year, we use to go up to Green Lane Park," he added. "We take the kids, and we all go up there camping for the weekend."

With decades of horsemanship experience, Ferrell has utilized his passion as a resource and an outlet for many Philadelphia teens.

Founded in 2004, the Fletcher Street Urban Riding Club, which is a nonprofit organization, that devotes their time and passion to inner-city horsemanship, equine therapy and encourages academic excellence in the city's Strawberry Mansion section.

Ferrell, along with his son Darrin and a team of volunteers, maintains the land and the seven horses that reside at the stable.

They also teach the youth to do so as well, which is part of a century-long tradition.

While the land was paid off and donated, upkeep and operation costs are all self-funded. Ferrell says the club is currently at financial risk amid the pandemic and other city development plans with Fletcher Field.

While the field never belonged to the club, Darrin says it is a vital part of everyday operations.

"That space is vital to what we do," he said. "As far as us riding, the horses grazing and training kids, cause the space is like crazy (big). It's so much space which the horses need."

In June, Ferrell was forced to stretch his last $3,000, in which the club decided to launch a GoFundMe campaign to help keep their mission alive.

The community has since responded, raising over $20,000 as this Philly staple looks to find new ways to innovate.