'Can you please hurry up?': 9-year-old hides in bathroom, calls 911 to report home invasion 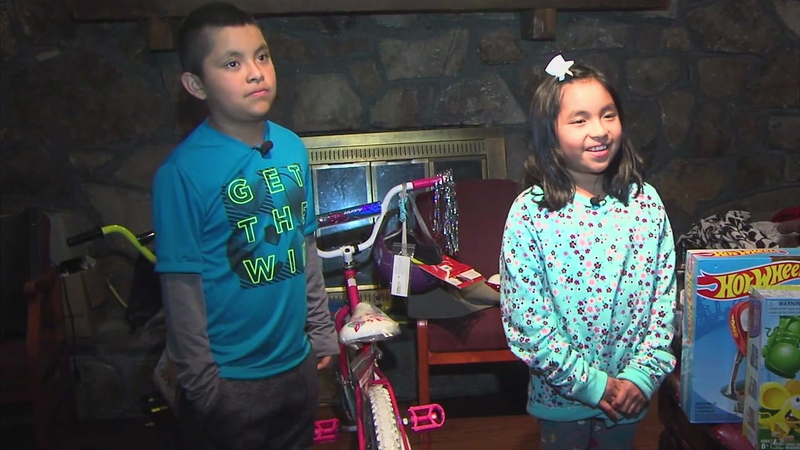 Authorities give gifts to brave kids who helped catch a robber

TARRANT, Alabama -- A 911 call released by an Alabama police department reveals the moment police took down an armed home invasion suspect with two young children inside the house earlier this year.

In the call, a 9-year-old girl tells emergency dispatchers in Tarrant, Alabama, that she and her 10-year-old brother are hiding in the bathroom as an invader roams their home.

The girl tells the emergency dispatcher that the man is wearing a black shirt before asking her to quickly send help.

"Can you please hurry up?" the girl said in the 911 call, provided to ABC News by the Tarrant Police Department.

As police surround the home, the dispatcher tells the children to lie in the bathtub or on the bathroom floor, telling them not to open the door.

After some commotion, the girl can be heard crying as she tells responding officers, "Thank you very much."

After officers made entry into the home, the suspect jumped out of a bedroom window and ran into a crawl space under the house, police said.
Both children were taken safely from the home, and the suspect, identified as 26-year-old Christopher Rian McGhee, was taken into custody.

Erik and Onayda Francisco were "surprised" by the gesture, they said. While Onayda "started crying," both children told the station how grateful they were for the officers.

"First they saved us, and now they're donating Christmas," Erik said. "My parents can't really afford gifts, so I'm happy for that."