Behind the scenes of The View's 20th season 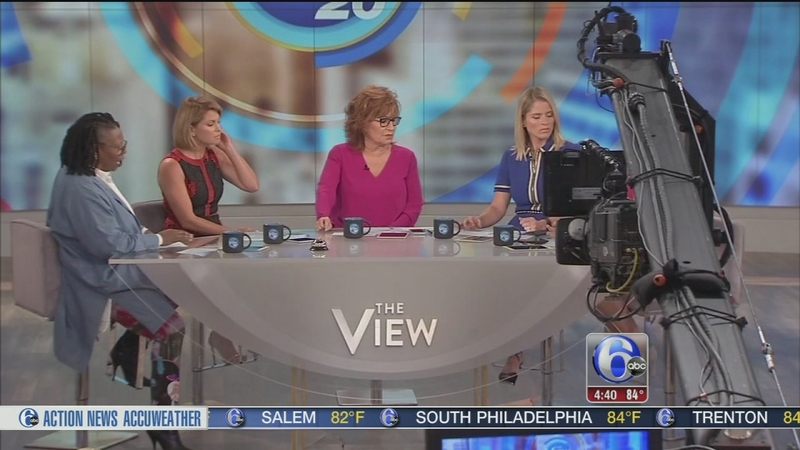 VIDEO: Behind the scenes of The View's 20th season

NEW YORK (WPVI) -- The 20th season of ABC's hit talk show "The View" is underway and Action News is taking you behind the scenes to learn about the show's success.

Alicia Vitarelli visited the set of The View for their special season 20 celebration on Tuesday.

She was up bright and early with the gals who let Action News into their dressing rooms - curlers and all - and into the secrets of their success.

"I'm sure it's that there's nothing else like it where you can talk about fashion and sex and politics and the opinions are real. We don't pre-write anything," siad host, Whoopi Goldberg.

And Whoopi's wall of shoes in her dressing room? Oh, that's real too. She's giving us major shoe goals!

And everywhere you turn, from wardrobe to the control room, it's all about the ladies.

Host Joy Behar was here when the show debuted in 1996 and isn't a bit surprised at their season 20 staying power.

"The secret to the show is that's it's live and that we are spontaneous and you never know what's coming out of our mouths and we get into trouble," she said.

"To have a job where you have conversations and people want to hear you talk. Mom and dad - middle child syndrome right here," she said.

And when there's fun - there's also fire. Jedediah Bila is another new co-host and is also - as she calls it - outnumbered.

"I am the lone conservative if Candace isn't on. I feel like I will say hold up - there's a whole portion of America who does not agree with you. Let me speak for them," said Bila.

Speaking of Candace, she's the only one we didn't catch in curlers this morning!

"I was too busy prepping material. I get so stressed out some mornings," she said.

Between the briefings and the research, you quickly learn this crew is part debate team and part girls night out.

Many Action News viewers wanted to know: Do they hang out after the show?