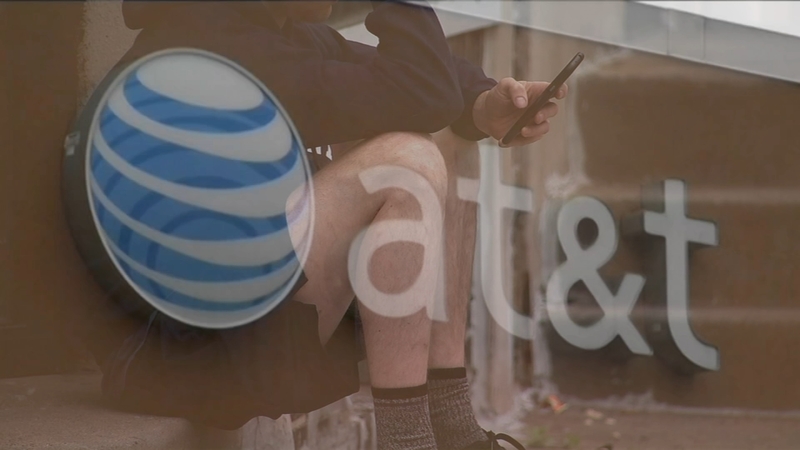 PHILADELPHIA (WPVI) -- These days most people rely on their cell phones in many cases, not just for their personal lives but also for work.

When a group of South Philadelphia neighbors found themselves with spotty to no service, they contacted the Action News Troubleshooters.

Musician Angelo Jones relies on his cell phone to stay connected for his art, work, and personal life.

He lives in the area of 6th and Wharton streets known as Dickinson Narrows.

"I noticed that my phone calls were dropping, especially when I was out walking my dog in the neighborhood," Jones said. "When going to work, I work in New Jersey, my reception was fine. That's when I realized that it might be a neighborhood issue."

The Troubleshooters talked to a few other people in Jones's neighborhood who said they were having the same problems with the same carrier.

Over the course of weeks things got worse for Jones.

Jones and others told Action News they reached out to AT&T, but the spotty service continued.

"You realize how vital it is to be able to pick up that phone and call someone. I mean, what if there's an emergency?" Jones added.

So he called the Troubleshooters.

"Well, as of this past weekend, those problems went away," he said.

"Our technicians repaired some equipment this weekend in the Dickinson Narrows area of Philadelphia, where some customers may have recently experienced intermittent service.

At this time, our wireless network is operating normally in the area."

Jones thanked Action News Troubleshooters for reaching out and getting the problem taken care of.

AT&T said the coverage concerns in the area were not related to a 5G rollout. They added that customers currently experiencing service interruptions should contact them at 1-800-288-2020.