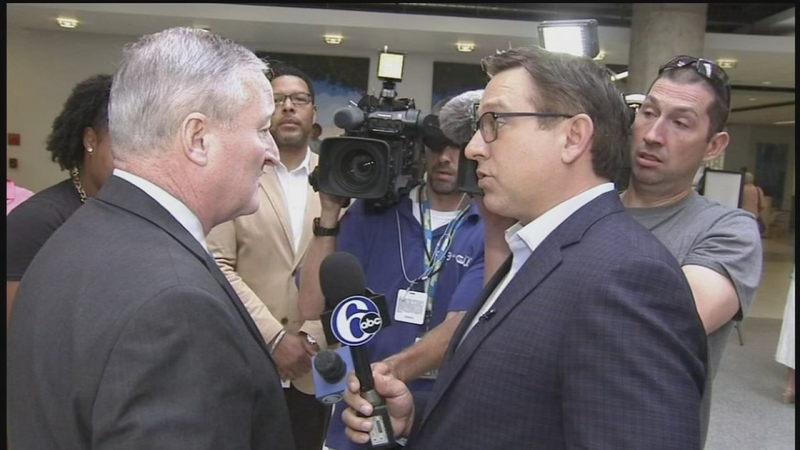 PHILADELPHIA (WPVI) -- The soda tax funded pre-k program for Philadelphia is meant to bring quality education to those who normally wouldn't be able to afford it.

Troubleshooters has Mayor Jim Kenney's response to his investigation that brought to light problems with some of those facilities.

Our initial report that found one in four centers had missing or incomplete FBI, State Police or child abuse clearances in recent years.

The mayor calls it a "paperwork" flaw but critics say it's a persistent problem.

"How can parents feel safe with some of these facilities?" we asked.

"They should feel safe because we are in the process of working with them," said Mayor Kenney.

Its findings included two staff files missing FBI clearances, others did not have mandated tuberculosis tests and staff files were missing verification of childcare experience, among other less serious violations.

"It is just paperwork, the only thing you raised is paperwork," said Mayor Kenney.

Most of the Greater Hope Violations have now been cleared up, but our investigation also checked the records of the facilities' city property taxes.

When we first uncovered our findings in May, Mayor Jim Kenney wouldn't answer our questions. Last week, he did.

"Do you think they should be receiving city money?" we asked.

But critics argue its more than paperwork.

DHS cited Preschool Power 17 times during its annual license renewal inspection in June of 2016. DHS had 4 staff removed because they didn't have mandated or updated criminal background checks and other clearances.

But is the mayor downplaying state police background checks for these people who are taking care of children?

"Let me say again, clearly. We are working on their paperwork so they are all in compliance with taxes and every other requirement with their paperwork," said Mayor Kenney.

Pre-K officials say Pre-k Power has since corrected the violations, but has opted out of the city-funded pre-k program because of its outstanding taxes.

Since our initial investigation, Councilwoman Blondell Reynolds Brown has called for hearings on pre-k.

"The hearings will give us a chance to learn what you've seen and help us to offer up recommendations on what we can do as a city to move them to compliance," she said,

"Do you think there is enough infrastructure support for this pre-k program in place?" we asked.

"I think infrastructure is being put in place right now and we could certainly ramp up and create an infrastructure to catch all of these issues," said Beamon.

Both Beamon and Kenney say providers must come into compliance by September or miss out on city funds. Those who can't afford to pay outstanding taxes will be put on a payment plan.

But why wasn't this done before these places were approved?

"Don't know but we will find out and once it was brought to our attention, we fixed it," said Mayor Kenney.

Parents can do their own due diligence by going on the state website and checking out the DHS inspections.