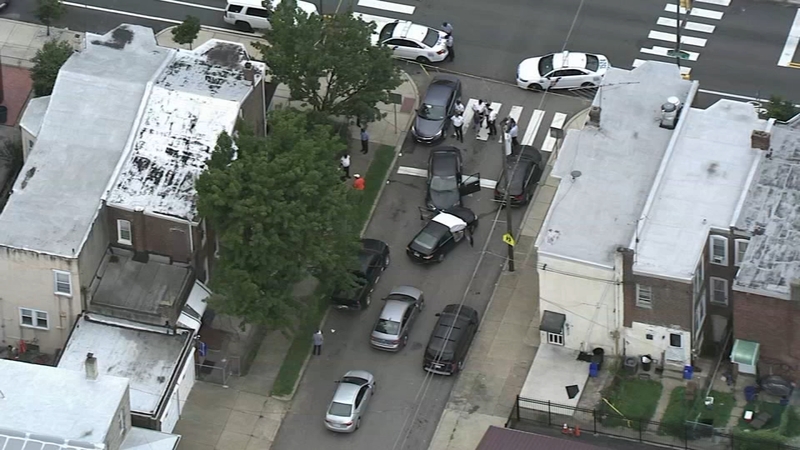 As part of the investigation they have obtained surveillance footage of the deadly encounter to determine if all proper procedures were followed.

"It was a volatile situation, but quite frankly we have some serious concerns about it," said Ross.

Jeffrey Dennis, 36, was gunned down in a violent confrontation with Philadelphia police officers attempting to serve a warrant.

Investigators said during a drug investigation, six undercover narcotics officers surrounded his vehicle and commanded him to get out of the car.

Instead, they said Dennis rammed their unmarked cars trying to flee.

The father of three was shot and killed by one of the officers after he struck another with his car, police said.

Police shoot, kill suspect while serving warrant in Tacony as reported by Dann Cuellar during Action News at 10 on August 20, 2018.

"I'll just say that right now, we're looking very closely at this, probably more so than you think we are," said Ross.

Dennis's family has hired civil rights attorney Lee Merritt whose focus has been on police brutality issues across the country.

"This is, unfortunately, becoming a more common pattern of an unarmed black male in a situation that could have easily been de-escalated," said Merritt.

Merritt said Dennis, a maintenance worker for Tastycake, who was recently engaged to be married has no prior criminal convictions.

"Drugs and guns were found at an address associated with him, but there's been no testimony, no evidence, no statements what so ever that a weapon or drugs were found on his person," said Merritt.

The incident at the intersection of Hegerman and Princeton streets marks the third fatal police shooting in three weeks.

"We've got to take a close look at what we did, our strategies, more importantly our tactics and whether or not we could've done something differently, that's our responsibility," said Ross.

The officer who fired the fatal shots has been placed on administrative leave as part of the normal procedure in police-involved shootings.

Commissioner Ross promises to keep the public informed as the investigation moves forward.