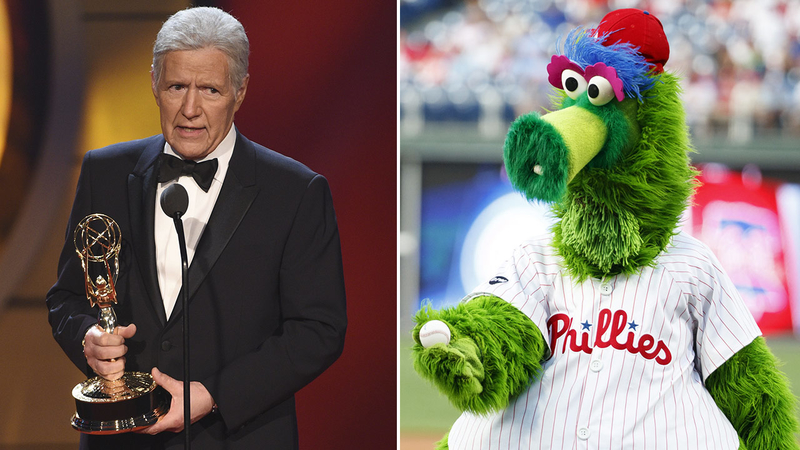 Alex Trebek is not a fan of the Phillie Phanatic

PHILADELPHIA (WPVI) -- Alex Trebek is not a fan of the Phillie Phanatic. It hurts us to even say that.

During Friday night's episode of "Jeopardy!," contestant Brian Lynch, a filmmaker from Los Angeles, revealed to Trebek that he once got into a "fight" with the Phanatic. 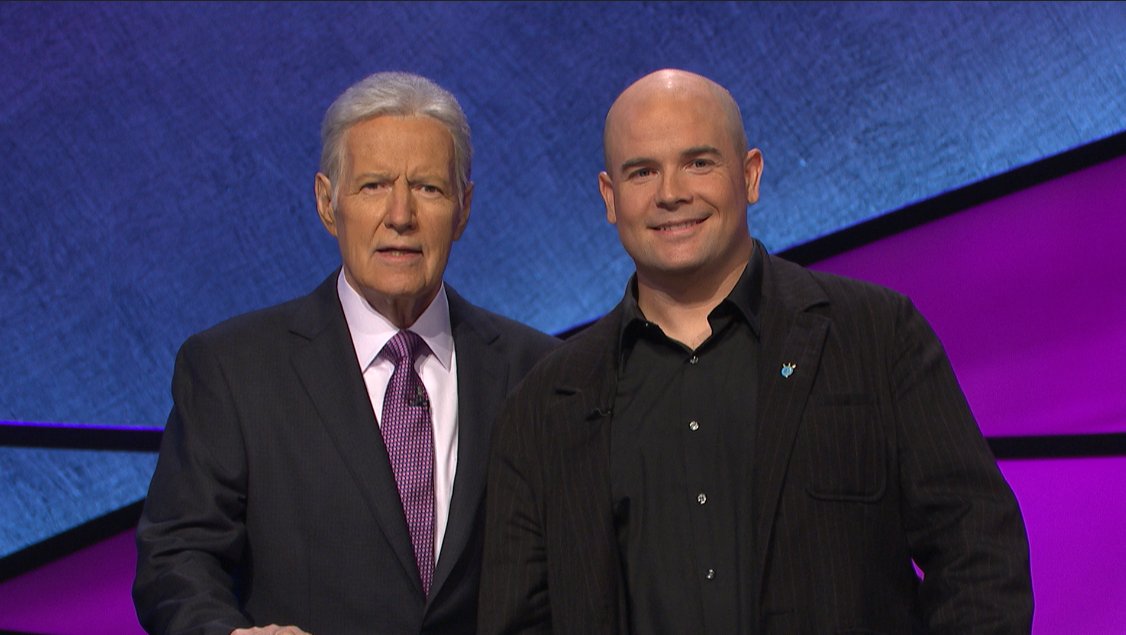 Per Lynch, it was during a Triple-A game in Scranton, Pennsylvania.

"I had my feet on the dugout and my one foot grazed him somewhere and I didn't realize until he rolled on top of me and started elbowing me," Lynch said.

Trebek inquired who won the fight.

"I almost threw him off the dugout," Lynch said.

To which Trebek replied, "Good for you."

Then came the shocking revelation.

Alex Trebek said this: "I'm not a big fan of the Phillie Phanatic."

The Phillies took exception to that remark.

Though, it was not all bad when it came to Trebek and the Fightin Phils.

Before moving on to talk to the next contestant, Trebek did admit he was a fan of the team.

So now we need to figure out the correct response to this clue: "This made Alex Trebek not like the Phillie Phanatic."

In a related story, "Secret Life of Pets" screenwriter Brian Lynch has been responding to tweets congratulating him on his "Jeopardy!" appearance. The only problem, it wasn't that Brian Lynch.

"I was not on JEOPARDY tonight, but thank you!" and "Thank you! I was so close! Also it wasn't me," were some of the other Brian Lynch's responses.

Meanwhile, Alex Trebek, the longtime "Jeopardy!" host, continues to battle stage 4 pancreatic cancer. In a recent interview, he said he is not letting it keep him down.

"The thing, I suppose, that gives me the most optimism is that, 'Hey. I'm still here, and I don't feel terrible,'" Trebek said.