Alleged thief chased down by University of Pennsylvania running club 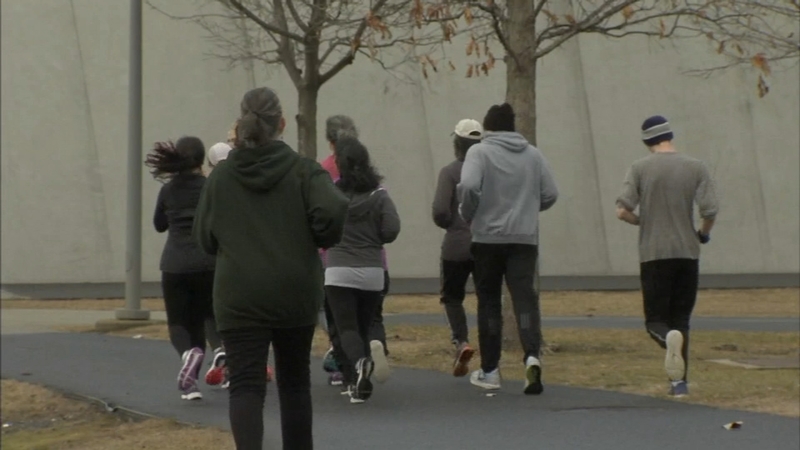 Alleged thief chased down by University of Pennsylvania running club

PHILADELPHIA (WPVI) -- An alleged thief may have thought he was pulling a fast one on a local college student by grabbing his stuff and running.

As it turns out, he wasn't fast enough to get away from some accidental crime stoppers.

The Annenberg Lunchtime Running Club is not a running vigilante group. It's a group of students at the University of Pennsylvania, or people in the area just trying to exercise.

But their running skills were put to the test when they heard student Antoine Haywood shout on campus.

"I said, 'Yo like get the guy,'" recounts Haywood.

Police say that guy was 26-year-old Talib Adams. He's accused of stealing a laptop and cellphone from a man on campus.

"It was sort of a shared look among the four of us there, and then it was like we got to do what we can," said Natalie Herbert, a Ph.D. candidate and runner.

Herbert was part of the four in the group who chased Adams down.

"We had the benefit of strength in numbers, running in a place we feel very safe running in because we were around campus," said Herbert.

But the chase led them far from the Annenberg School for Communication, where the group meets, to a construction site on 37th and Chestnut.

"There was a lot of it that was like a movie," said Kyle Cassidy, who helped track down the suspect. "The construction workers were saying, 'You can't go in there, it's a construction site.' And inside the construction site there's earth movers moving earth and things pounding and sparks flying and cement."

That's where Penn police were able to catch up with the suspect. The victim was able to get his belongings back.

"Just seeing that happen is like more real, so just keeping my belongings whether it's in the library or wherever," Haywood said.