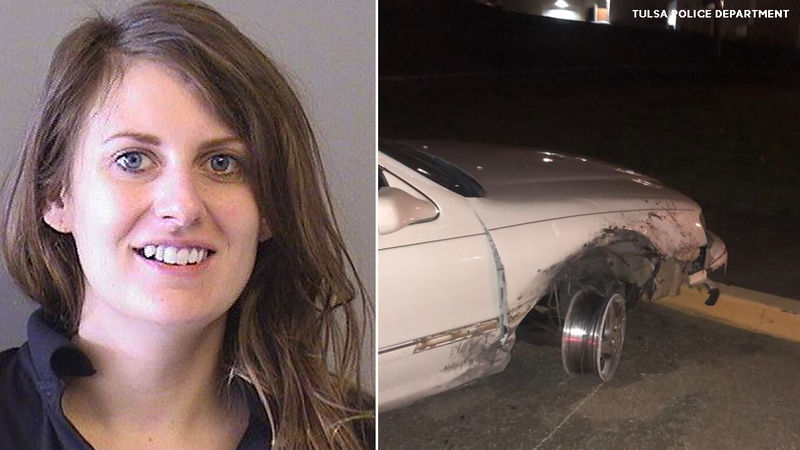 TULSA, Oklahoma -- An Oklahoma woman suspected of drunk driving was arrested after police say she was driving on her car's rims and had a full margarita inside her cup holder.

Tulsa police say they were on a separate traffic stop when Amy Ann Dillion pulled up near them, riding on the rims.

When asked how much she had to drink, authorities say she told them she had two tequila shots and could barely stand.

Officials also said they found a margarita in the cup holder. Dillion blew a blood alcohol concentration reading of .21.

Dillion was arrested for DUI second offense, a felony, operating a motor vehicle with defective tires, transporting an open container, and driving without a license.

The Tulsa Police Department said on Facebook that Dillion could face more charges if it's discovered that she hit something.

Officers said a concerned citizen reported seeing Dillion's vehicle riding on the rims about 15 minutes before she was stopped.